Stars including Chance the Rapper, SZA and Miguel have paid tribute to Mac Miller at a memorial concert.

During the gig in Los Angeles, as well as the performances, video messages from celebrities were also played out.

The concert raised money for The Mac Miller Circles Fund (MMCF), which seeks to improve the opportunities for young people from disadvantaged backgrounds.

The gig opened with a video tribute to Mac, mixing home footage of him growing up with backstage shots from his time on tour.

Real name Malcolm James McCormick, he rose to fame after topping the US charts with his debut album in 2011.

He released his latest record, Swimming, earlier this year and was due to go on tour but his body was discovered on 7 September 2018 at his home in California.

Donald Glover aka Childish Gambino recorded a video message: “Thank you, Mac, for sharing your soul and your beauty with us, especially your love of music. Thank you for sharing that with us.

“You were a really necessary and intelligent light and I’m really glad we met, I’m glad you made music and to all the Mac fans out there, thank you for joining him and being part of his journey.” 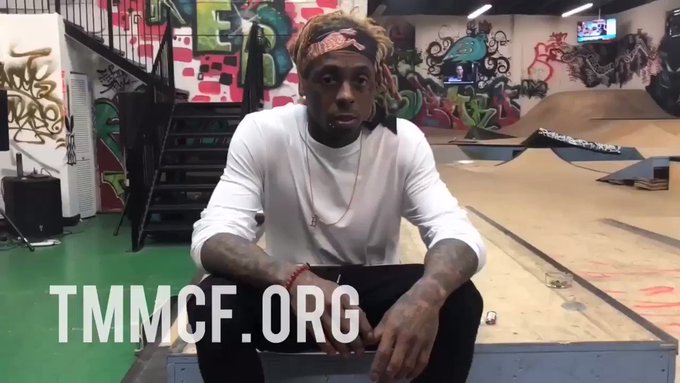 Pharrell Williams was another star who paid tribute: “Listening to all of your recent music, you really were using your voice. It’s amazing. The world misses you bro, rest easy. Definitely in peace.”

Meanwhile, Lil Wayne praised Mac Miller’s music and urged fans to go back and listen to his material. He added: “Rest peacefully.”

US singer-songwriter Mayer dedicated a cover of Mac’s Small Worlds to the star.

It was rumoured that Mac Miller’s former girlfriend Ariana Grande would attend the concert but it’s not yet clear if she was there.

The pair, who dated until earlier this year, met in 2012 and collaborated on a number of songs and performed together at the One Love Manchester concert in 2017.

Born in Pittsburgh, Pennsylvania, Mac began to focus on his music while still at school and released his first mixtape under the name EZ Mac at just 15.

Maturing in the public eye, he starred in a MTV reality series in 2013 which followed him and a group of friends after he moved to Los Angeles to pursue his career.

He released a series of albums and EPs across the last decade, collaborating with high-profile artists like Kendrick Lamar and Pharrell Williams. 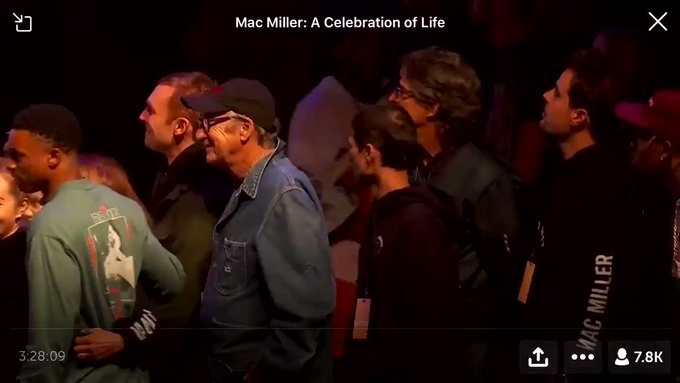 Shout out to everyone involved in Mac Miller: A Celebration of Life.
Beautiful event.

In a statement, Mac’s mother, Karen Meyers, said: “He was a caring, loving human with a smile that could light up the sky and a soul that was out to make the world a kinder place and the MMCF will continue to do just that.”

The night ended with friends and family members appearing on stage