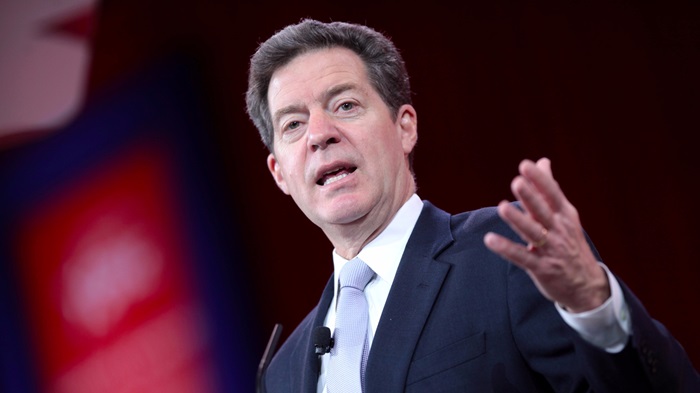 The United States’ Ambassador at-Large for International Religious Freedom, Samuel Brownback, has called on religious leaders in Nigeria to send out clear messages against violence during the upcoming general elections.

Brownback, who gave the advice at a news conference on the International Religious Freedom, said the whole world was watching the Nigeria’s general elections scheduled for February 16 and March 2.

He said: “My advice to religious leaders is to suggest to everybody for there to be a calm election, a peaceful election, and no violence in the election.

“And I would ask all the religious leaders in Nigeria to put that message out: that people get out and vote, but that it be calm and peaceful and no violence.

“That this is a right that everybody in Nigeria has to vote.

“It should be exercised, but it shouldn’t be something that people then are threatened with violence or deadly force in various places, and the religious leaders have a role to play and a strong role to play asking for people to do this election peacefully.

“The world is watching. Nigeria is an important, incredibly important country, and it’s important throughout the world. It’s certainly a key country in Africa.

“And what you do on having a peaceful election cycle is an important thing for the progress in Nigeria.

“And the religious leaders should be just adamant about that this must be peaceful. We do these things peacefully and we showcase that to the world”.

Brownback said he was in Nigeria for several days a few months ago, travelling particularly in the middle belt but also in the south of Nigeria adding, “I tracked the situation very closely”.

“The United States Government is strongly concerned that there be free and fair elections, and that they be safe elections – that the factions vote, but not attack each other.

“And that the government itself that’s in power now do everything they can to protect the people, to make sure that they’re safe,” he said.

He noted that the discussions Nigerian President Muhammadu Buhari held with American President Donald Trump, when he visited the White House in 2018.

“And so, we – our focus is that they be free and fair elections, and that they be safe, and that every effort be made to make sure that people are safe in these elections as they come up,” he said.