The protesting women who hit the streets in their hundreds, demanded the immediate declaration of their party’s candidate and governor of Sokoto State, Aminu Tambuwal, as the winner of the Governorship Election.

Security personnel at the INEC call for reinforcement from state police headquarters to curtail the protesting women.

The protesting women were denied access to the INEC office as police shot teargas at the protesters and live ammunition into the air to scare the women away. 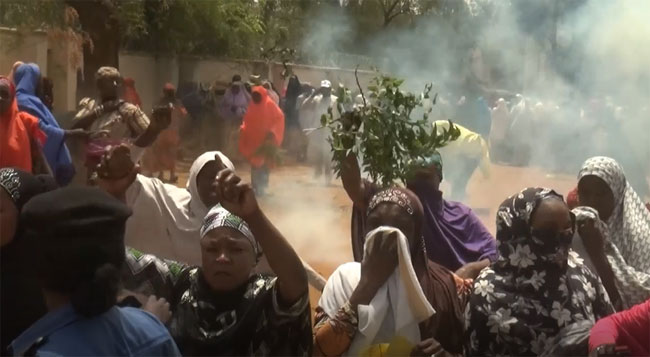 This, however, did not deter them, as they demanded that the INEC office is opened to them to submit their message to the Resident Electoral Commissioner.

Sokoto State is among the six states INEC said Saturday’s Governorship and House of Assembly elections were inconclusive. The others are Bauchi, Benue, Adamawa, Kano, and Plateau.