US NAMES EDO AS THE CAPITAL OF HUMAN TRAFFICKING. 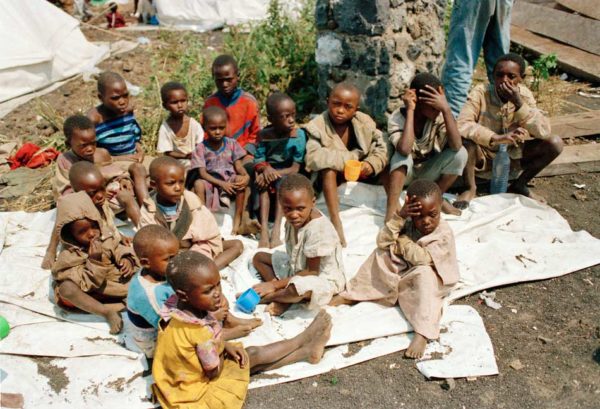 The team from the political desk of United State Consulate currently on a visit to Edo, has described the state as the capital of human trafficking.

Chief Dan Orbih, Chairman of Peoples Democratic Party (PDP), Edo state chapter, who hosted the team to a closed-door meeting in Benin City on Tuesday, quoted the team in its assessment of Edo on human trafficking.

He reported that team members of the team were in the state to see how to help curb human trafficking.

He said that the team also promised to take the report on the just concluded electoral processes in Nigeria to the appropriate quarters for necessary actions.

The PDP’s chairman appealed to the United State to sanction masterminds of electoral fraud and violence.

He also appealed to the 9th National Assembly to revisit the Country’s electoral law.

These, he said, would help to forestall future occurrences of crisis, fraud and violence that marred the just conducted general elections.

He also called on the International Communities who monitored the elections to speak out on their observations of the electoral processes.

He stressed that the party believed that the world stood to lose a lot when it watches helplessly without doing anything when vices were perpetrated like what happened during the just concluded elections.

According to Orbih, sanctions must be put in place to forestall people perpetrating fraud and violence to hold on to power.

“Lovers of democracy must stand up to condemn any slide towards dictatorship in Nigeria, because what is good is good and what is bad is bad’’.