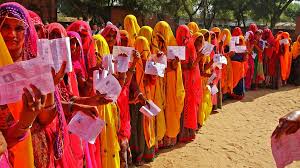 Indians have begun voting in the first phase of a general election that is being seen as a referendum on Prime Minister Narendra Modi.

Tens of millions of Indians across 20 states and union territories are voting in 91 constituencies.

The seven-phase vote to elect a new lower house of parliament will continue until 19 May. Counting day is 23 May.

With 900 million eligible voters across the country, this is the largest election ever seen.

Some observers have billed this as the most important election in decades and the tone of the campaign has been acrimonious.

Mr Modi’s Hindu nationalist Bharatiya Janata Party (BJP) won a historic landslide in the last elections in 2014. He stakes his claim to lead India on a tough image and remains the governing BJP’s main vote-getter. 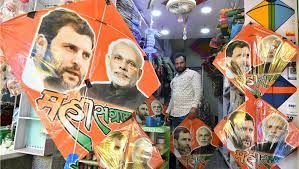 But critics say his promises of economic growth and job creation haven’t met expectations and India has become more religiously polarised under his leadership.

The Lok Sabha, or lower house of parliament has 543 elected seats and any party or coalition needs a minimum of 272 MPs to form a government.

Hundreds of voters began to queue up outside polling centres early Thursday morning. In the north-eastern state of Assam, lines of voters began forming almost an hour before voting officially began.

Voters at one polling booth in Baraut – in the northern state of Uttar Pradesh – got a royal welcome with people greeted by drums and a shower of flower petals.

But violence has flared in several places already. One person has died after clashes erupted at a polling station in Anantpur, in southern Andhra Pradesh state. Four others were critically injured in the fight that broke out between workers from two parties, BBC Telugu reports