DEBATE ON WHETHER PARENTS SHOULD BE GIVEN DRESS CODE TO SCHOOL 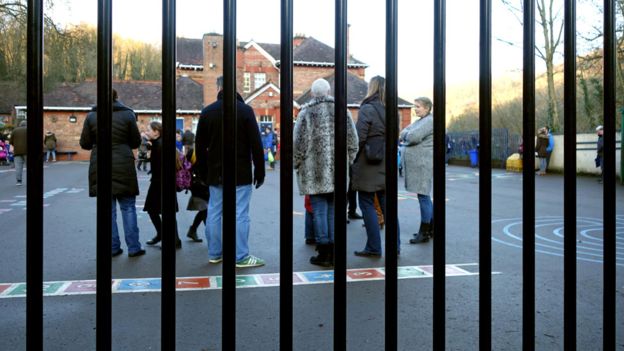 When a school in Houston, Texas, announced that parents must also follow dress code guidelines, it ignited a larger debate about appropriate attire and standards for parents across the nation.

Principal Carlotta Brown of James Madison High School announced the new dress code guidelines for parents and guests a day after the mother of a prospective student was denied entry to the school because of her attire.

Wearing a T-shirt dress and headscarf, Joselyn Lewis says she was turned away by school administrators when she attempted to enrol her daughter into the school.

When she asked to see the school’s dress code rules for parents, administrators called the police.

Ms Lewis explained she was wearing the scarf as she was in the process of getting her hair done – but felt she should not be told what to wear, regardless.

The school declined to comment to the BBC, but the principal has continued to express support for the measure.

In a statement, Ms Brown argued that the school expects parents to set a standard for their children, by showing them what’s appropriate and what is not.

“Parents, we do value you as a partner in your child’s education. You are your child’s first teacher. However, please know that we have to have standards, most of all we must have high standards. We are preparing your child for a prosperous future.”

In a meeting on Monday, the principal also told parents that this was a successful policy at her old school.

The issue has received mixed feelings from parents in the community.

Shawn Rushing, a parent from the same school district, defended the new rules, saying: “It’s so much bigger than a dress code. Schools are in place to educate children, so we have to prioritise the things that come up that appear as a distraction.”

Others, like James Madison High School parent Tomiko Miller, say the new guidelines seem to reinforce discrimination based on class, gender, and race.

“I think the language used is very explicit,” she says. “It lumps everyone together and overwhelming targets women and moms, on campus.”

Ms Miller also suggested that the school give out graduation robes if school authorities perceived a parent as too revealing, because “turning parents away sends a dangerous message”.