EKITI APC NOT STABLE OVER THE SUSPENSION OF SEGUN ONI 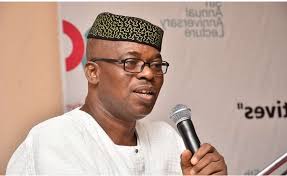 There seems to be crisis brewing in the All Progressives Congress (APC) in Ifaki Ekiti Ward, as some elders have rejected the recent suspension of former governor of the state, Mr Segun Oni, from the party by ward officers over alleged anti-party activities.

The leaders of the party from the two wards of Ifaki Ekiti, in Ido/Osi Local Government Area of Ekiti State, condemned the suspension, describing it as embarrassing and illegal.

They said that the process which led to the suspension violated the guidelines of the party, thereby calling on party members to disregard it.

The elders who took the new position on Saturday are: Michael Durodola, Tayo Okanlawon, Ebenezer Ogunlana and Sola Ilori.

The APC executives in Ifaki Ward II, had on May 1, slammed Oni with indefinite suspension from the party.

Oni had shortly after the July 14, 2018 governorship election, won by Gov. Kayode Fayemi, gone to court to challenge Fayemi’s eligibility to participate in the May 12, 2018 APC primary.

Gov. Fayemi won the case, which dragged up to the Supreme Court.

The letter conveying Oni’s suspension was signed by the chairman and secretary of Ifaki ward II, Shina Akinloye and Ogunyemi Taiwo and 24 other executive members in the ward.

However, Durodola, Okanlawon, Ogunlana and Ilori dissociated themselves from the suspension, saying it was an act of disrespect for Oni, who was also immediate past Deputy National Chairman (South) of the party.

“The concocted allegations were unfounded. Names of those said to have raised allegations of anti-party against Oni were not mentioned, neither was he invited.

“Also, the suspension letter written to the former governor has no signatories and this renders it useless.

“With the above, we the entire elders of the APC in the two wards in Ifaki, reject this suspension and we urge the party members and the public to discountenance it,” they said.

Oni’s suspension from the party has also enjoyed the backing of the party’s executives in his Ido/Osi Local Government Area.