Actress and #MeToo activist Alyssa Milano has urged women to take part in a “sex strike” to protest against a new abortion law in the state of Georgia.

“Until women have legal control over our own bodies, we just cannot risk pregnancy,” she tweeted.

Georgia is the latest state to enact legislation restricting abortion.

Ms Milano’s tweet divided opinion on social media, sparking a debate that led to the #SexStrike hashtag trending on Twitter in the US. 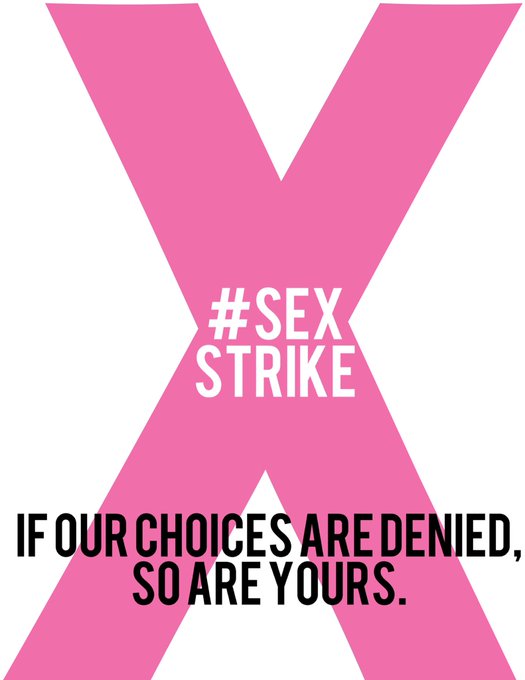 Our reproductive rights are being erased.

Until women have legal control over our own bodies we just cannot risk pregnancy.

JOIN ME by not having sex until we get bodily autonomy back.

I’m calling for a #SexStrike. Pass it on.

The so-called “heartbeat” bill, which was signed by Governor Brian Kemp on Tuesday, is scheduled to come into effect on 1 January.

The law bans abortions as soon as a foetal heartbeat can be detected – which is at about six weeks into a pregnancy.

Many women do not know they are pregnant by six weeks, with morning sickness usually starting after about nine weeks.