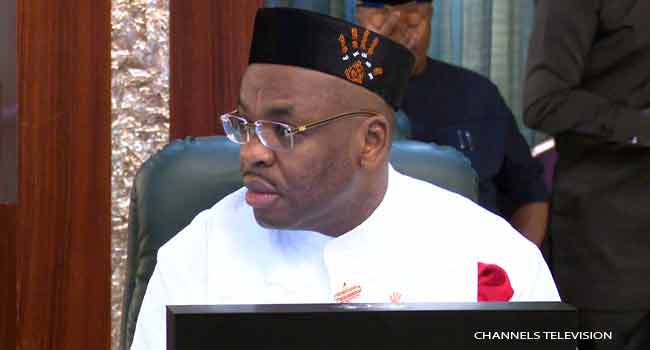 The Akwa Ibom State Governor, Udom Emmanuel, has relieved the Commissioner for Agriculture and Food Sufficiency, Dr Uduak Udo-Inyang, of his duties.

According to a statement on Thursday by the Secretary to the State Government, Dr Emmanuel Ekuwem, the governor’s directive was with immediate effect.

Governor Emmanuel further directed the Commissioner for Science and Technology, Professor Nse Essien, to immediately take over the duties and functions of Dr Udo-Inyang.

He thanked the former commissioner for his service to the state and wished him good luck in his future endeavors.

However, no reason was stated for the action of the governor.

In a separate statement, Dr Ekuwem also announced that Governor Emmanuel has approved the suspension of chairman of the state’s Local Government Service Commission, Valentine Attach.

He explained that Attach was suspended for alleged involvement in illegal recruitment into the service.