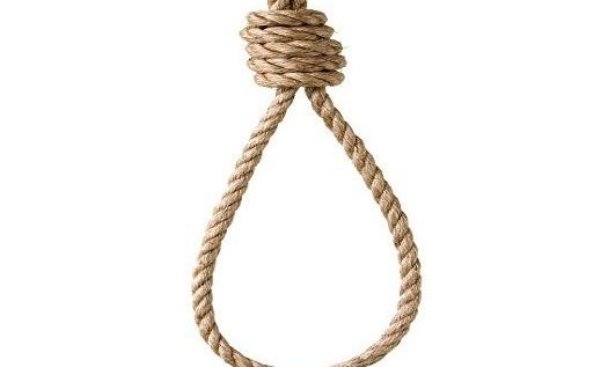 A Lagos High Court sitting in the Igbosere area has convicted and sentenced to death by hanging, a Béninoise househelp, Christian Hounvenon Yavine, for the murder of a 78-year-old woman, Mariam Atinuke Abiola.

Justice Oluwatoyin Ipaye found Yavine, 23, guilty of nearly severing Abiola’s head with a knife while she slept in her daughter’s home in the Ipaja area of Lagos. The offence was committed in July 1, 2014.

The Lagos State Government promptly arraigned the defendant to court on a one count charade of murder to which he pleaded not guilty.

The court was also told that on the day of the incident, the daughter was away at a Church Vigil.

CAMEROONIAN COOK GET DEATH SENTENCE BY HANGING IN LAGOS

In her judgment, Justice Ipaye dismissed Yavine’s claim that he was 14 years’ old at the time of the offence, and could not have committed the offence having been born in the year 2000. The judge noted that there was ample corroborative evidence that falsified his claim.

The judge also relied on a birth certificate obtained by the Lagos State Government from the Beninoise’s alleged birth hospital in Benin Republic which showed that he was born in 1996.

The defendant had also claimed that the confessional statement tendered by the government against him, was contrived by the police. He had testified that being a French speaker, he could not have made the statement, which was written in English, a language he did not understand.

But the judge observed that there was corroborative evidence to the contrary.
Justice Ipaye noted that the convict lived with the deceased for two weeks before the incident, during which he also went to the market with her.

The judge wondered what language he spoke with her, if he truly did not understand any English.

Furthermore, the judge held that the deceased was also caught by the “Doctrine of last seen”.

The judge noted that the doctrine requires that a person charged with murder who was the last person seen with the deceased, should offer some explanation as to how the deceased met his death. This the convict failed to do.

During trial, he had claimed that the police wrongfully charged him for the offence, because he failed to pay a N200,000 bribe. He also testified through an interpreter that on June 30, 2014, his employer locked him and the deceased in separate rooms before leaving for her vigil.

According to him, there was also one Mr Gbenga, who stayed in the house for about a week.

He said: “That day, my boss said she was going for vigil and that she was going to leave her mother at home with me. Before she left, she locked me inside a room and also locked her mother, who was sleeping, inside the palour. She said when she returned, she would open the door.”

The defendant explained that when his boss arrived the next morning, she began banging on the door of the room where he was, asking him what happened to her mother.

“My boss said that thieves came to attack the house and killed her mother. That morning there was one man that came into the house; I don’t know his name; I also didn’t know who called the police that same morning. Gbenga, who was with us, I couldn’t find him”.

When asked what the deceased was doing in the sitting room, the defendant said she slept in the palour because she and her daughter usually quarrelled if they slept in her daughter’s room.

After a trial which lasted over 3 years, Justice Ipaye resolved all the issues against the defendant and convicted him accordingly. The judge sentenced him to death by hanging.