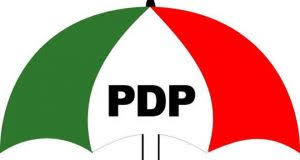 The Peoples Democratic Party (PDP) has hailed the order of a Federal High Court in the case of DAAR communications and the National Broadcasting Commission (NBC), which asked that the parties should maintain status quo pending a hearing on June 13, 2019.

The PDP in a statement by its National Publicity Secretary, Kola Ologbondiyan, on Saturday commended the Judiciary for upholding justice and the tenets of democracy, particularly the right of fair hearing.

The Peoples Democratic Party (PDP) commends the judiciary for upholding justice and the tenets of democracy, particularly the right of fair hearing, by ordering the immediate reopening of African Independent Television (AIT) and Raypower radio.

The statement who condemned the suspension said such should not be encouraged in a democratic dispensation.

Our party holds that media intimidation, as a feature of a military regime, must not be allowed in a democratic order, adding that there is no way democracy, with its principles and values, can thrive without a free press.

The party also called on the media, as the fourth estate of the realm, not to be cowed but continue to discharge their constitutional duties in national development, in line with its professional ethics and best practices.