US DENY NEWS OF BANNING STUDENT VISA TO NIGERIANS

The United States Mission in Nigeria has denied that it placed a ban on the issuing of student visas to Nigerians.

According to a brief statement issued by the embassy on Monday, the commission said the media reports claiming that a ban was placed, is false, hence describing them as ‘fake news’.

Last week, some reports claimed that the U.S. immigration office had put a hold on issuing student’s visa, claiming that the decision was a new measure to impose visa restrictions on countries whose citizens have a track record of overstaying beyond the validity of their short-term US visas.

However, the U.S mission said claims are unfounded and urged the public to disregard the claims. 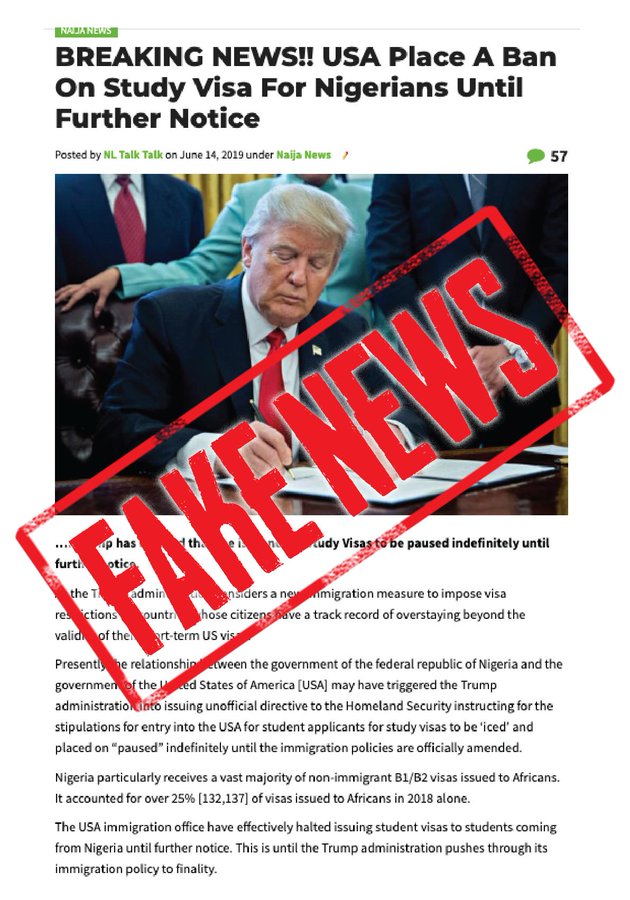 #FakeNews Alert! Be advised, reports of Student Visa ban for Nigerians is false. If you have seen such manufactured item on Facebook and Twitter or received it via WhatsApp, please communicate that it is false.