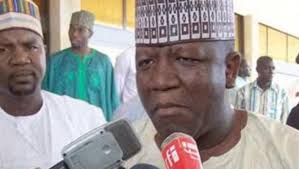 Former Governor of Zamfara, Abdulaziz Yari, has described a report submitted by a five-man committee of the All Progressives Congress (APC) alleging anti-party activities against him as baseless, contemptuous and embarrassing.

Yari, through his Media Aide, Ibrahim Dosara, on Wednesday said the committee’s claims and the subsequent publications in the media had “no basis, contradicted court judgement and order”.

The ex-governor said the committee’s report and the publication “caused serious embarrassment and damage” to his personality.

The report was over their alleged role in the 2019 electoral misfortune of the party in the state.

Federal High Court had dismissed a suit by the Marafa faction of the party and affirmed the Abdulaziz Yari faction as legally constituted.

The Yari faction has Lawal Liman as the state chairman.

The court also ordered that henceforth, the Marafa faction should stop parading itself as the legitimate Executive Committee in Zamfara.