A video showing a Senator beating up a woman in a sex toy shop in Nigeria’s capital Abuja has sparked outrage with many calling for his prosecution and ouster as a lawmaker.

In the video, published exclusively by Premium Times, Senator Elisha Abbo, who represents Adamawa North Senatorial District, is shown launching a brutal attack on a woman who tried to stop him from assaulting another woman attending to customers in the shop.

The Senator accused the shop attendant of insulting him and asked a policeman with him to arrest her. Obviously concerned for her safety, the attendant made a call and tried to inform someone about what was happening.

But this only angered the Senator who ordered her to stop the call. Things took a violent turn when a man with the lawmaker tried to smack the phone away from the shop attendant’s hand and another woman who was watching the drama intervened.

The Senator became livid and launched an attack on the woman who had only urged them to “take it easy”, slapping and hitting her before ordering the policeman to arrest.

As the policeman did his bidding, dragging her away despite the pleas of the shop attendant who was the initial target, the Senator continued his assault.

The assault, which happened on May 11 according to the Premium Times report, has led to shock and outrage.

Amnesty International is among those that have called for the Senator to be investigated. 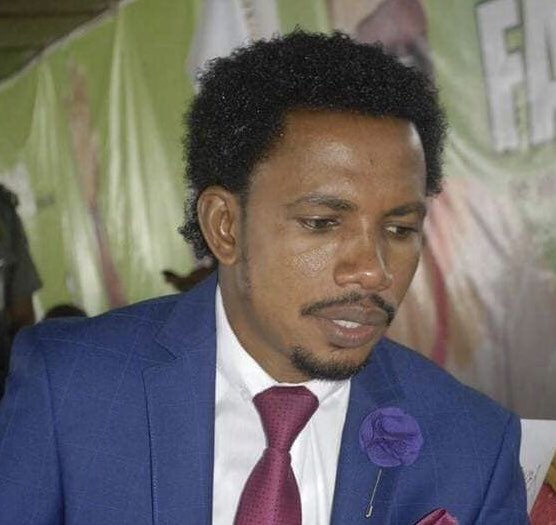 Amnesty International is calling on Nigeria Police @PoliceNG to investigate Senator Elisha Abbo (Adamawa North) for alleged assault on staff of an adult shop he patronizes in Abuja. Video of the senator assaulting women is widely available for police to act: #Nigeria @NGRSenate

“This must be investigated. Victims of his violence must get justice,” the human rights organization said in another tweet about the attack.

The case of Senator Elisha Abbo is very straightforward: the Police MUST IMMEDIATELY take three steps: 1. Arrest him (no formal complaint is needed with the evidence on tape) 2. Obtain his statement (if he’s willing to make one) and that of the victim 3. Arraign him in court.

5,767 people are talking about this

Actress Kate Henshaw was among celebrities who have condemned the action declaring the assault unacceptable.

Shame on you Elisha Abbo, some senator representing adamawa north senatorial district..
Shame on you!!
Putting hands on anyone is NOT acceptable..
Shame on you..

1,813 people are talking about this

I love how all she said was ” oga take it easy ” as he getting more aggressive towards the other girl.
For those people that will find excuses for anything” women talk too much, she must have provoked him

video with correct audio.
Elisha Abbo must be held accountable.

155 people are talking about this

Rapper M.I. Abaga described the action of the policeman at the scene shameful, with fellow artist Banky W sharing his sentiments.

#ShameOnSenatorElishaAbbo for physically assaulting an innocent woman in Abuja. Shame on him. And shame on us for allowing the worst of us to claim the title of Senator. A disgrace. Pls RT @PoliceNG @PoliceNG_CRU@PoliceNG_News#ArrestSenatorElishaAbbo https://youtu.be/3Mx4Ugy_32s

1,396 people are talking about this

Many more Nigerians and activists condemned the assault and demanded justice for the victim. They also urged the Senate to act on the matter and demanded the dismissal of the policeman involved.

I stand against senator Elisha Abbo & every senator that keeps quiet about this including the senate house…my people when we say vote wisely this is what we mean..he is not a man but a coward including the police officers there..protect all women by all means

75 people are talking about this

204 people are talking about this

I saw the video of the altercation between the senator Elisha Abbo and a shop owner and her assistant, it is to say the least shameful, his behavior is that of a tout at the motor park. He should be suspended from the senate and while the incident is investigated. 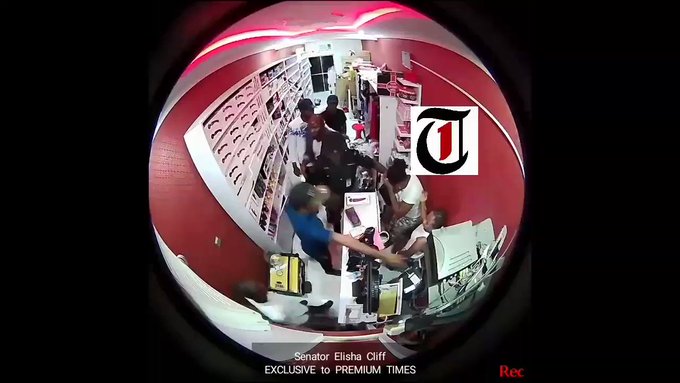 A Nigerian Senator in a #Sexshop moving around with drunk girls.

Senator Elisha Abbo should not just be arrested, He should face prosecution and made to pay damages for assaulting this Lady.
Where are #cozagate Protesters@Dumsyl@PoliceNG @nassnigeria @Ikwerreman @ekecy

This is a blatant abuse of power short and simple. Senator Elisha Abbo is liable to both criminal and civil action for assaulting the woman in question. The Police should do their job and the Senate Committee on Ethics needs to investigate and also discipline him. https://twitter.com/premiumtimesng/status/1146032311114313728 …

And that police man that stood by and watched while Senator Elisha Abbo assaulted that poor woman deserves to be disciplined as well. His job is to protect the citizens and he failed woefully.

This is utterly barbaric and unacceptable behaviour from a public figure as Senator Elisha Abbo. It’s a shame! https://twitter.com/whizkrane/status/1146127885025067008 …

this, we need more people to see the kinda monster we have as a senator in this country. 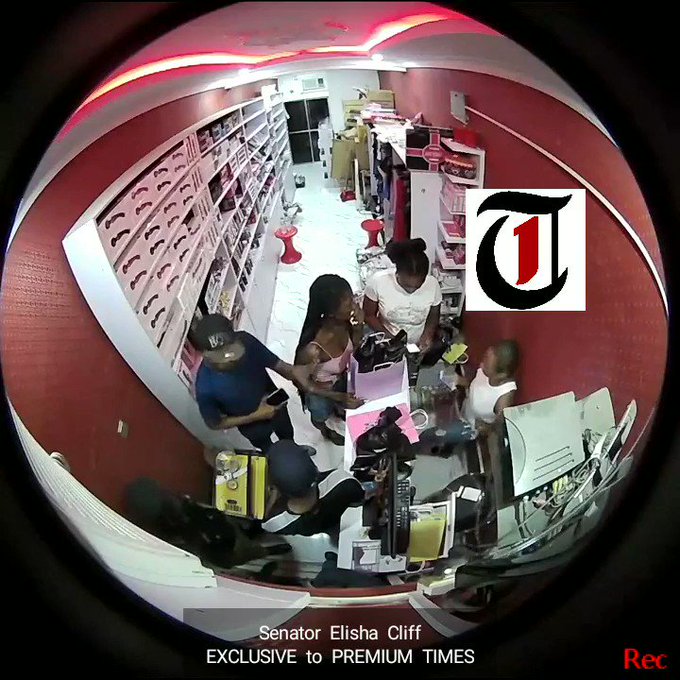 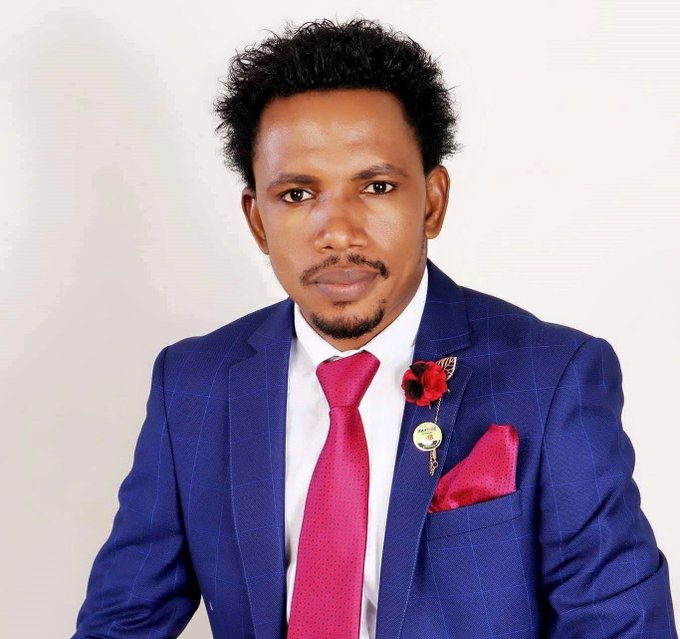