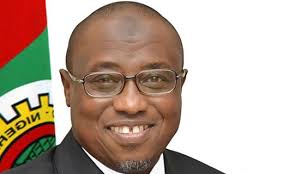 The Corporation disclosed this in a statement signed by its spokesman, Mr Ndu Ughamadu, in Abuja, on Sunday.

The award, according Ughamadu was named after the late Venezuelan Minister of Petroleum and one of the founding father of the Organization of the Petroleum Exporting Countries (OPEC).

Parra, who was also the founder of CWC, the organisers of the annual Nigerian Oil and Gas (NOG) Conference and Exhibition, was the highest recognition given by the NOG to worthy individuals at the conference.

Speaking while presenting the award to Baru Alternate Chairman of the NNPC Board of Directors Dr Thomas John, congratulated him on his achievements and described him as a worthy son whom he brought into the industry and excelled.

Responding, Baru expressed gratitude to John for his impact on his career saying: “I am not surprise that the man who brought me in is the one who brought me out.”

It would be recalled that Baru joined the NNPC about 20 eight years ago when John was the Group Managing Director of the Corporation.