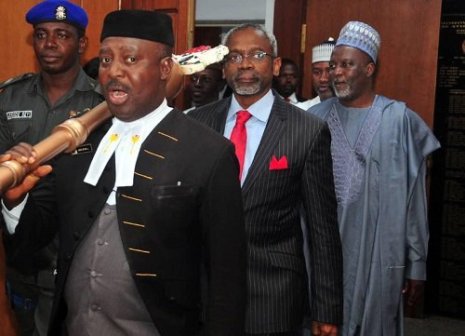 Speaker of the House of Representatives, Mr Femi Gbajabiamila has announced the Chairmen of Standing Committees of the house.

Gbajabiamila made the announcement on Thursday at the end of plenary in Abuja.

He said the Public Account Committee would be headed by Rep. Wole Oke, while Rep. Mouktar Aliyu will chair Committee on Appropriation adding that the Committee on Nigerian Army will be chaired by Rep. Abdulrazak Namdas.

For Banking and Finance Committee, Gbajabiamila announced Rep. Victor Nwokolo as chairman, while the Committee on Communication would be headed by Rep. Akin Adeyemi.

At the end of the announcement, members were seen in various group discussions while others thronged the speaker’s seat in what seemed to be a protest.

On July 16, Rep. Yusuf Gagdi (APC-Plateau) member of the ad hoc Committee on Media and Publicity said the house would announce the 102 standing committees in September when it returns from its two-months recess.

Only the House Service Committee was put in place to enable the house service check into the offices of members lacking electricity or furniture before the house returned from recess.

The speaker, however, announced the Standing Committees during the plenary on Thursday.