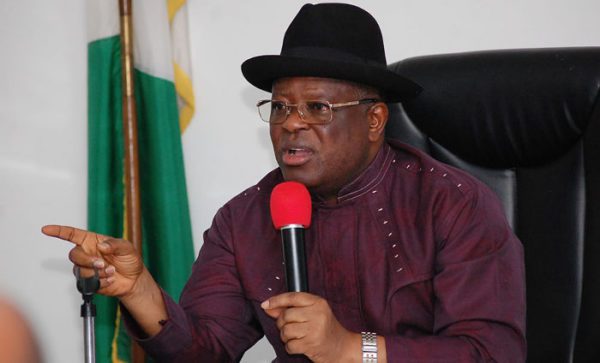 Gov Dave Umahi of Ebonyi has petitioned the South African government over the alleged murder of a Nigerian, Mr Benjamin Simeon in South Africa.

Simeon, 43, a native of Okposi, Ohaozara local government area of Ebonyi and resident in South Africa was allegedly shot dead by gunmen in Johannesburg.

Umahi, in a statement signed by Mr Emmanuel Uzor, Chief Press Secretary and made available to newsmen in Abakaliki on Sunday requested for a thorough investigation into the circumstances surrounding the gruesome murder of Simeon.

Simeon was allegedly shot by yet to be identified gunmen on Aug 3, 2019 at Verona Street in Johannesburg, South Africa.

Umahi, in the petition written to the South African High Commission in Nigeria, called for a full investigation into the killing of the Nigerian citizen with a view to unmasking the killers and bringing them to justice.

The deceased, was until his death, a taxi driver in Johannesburg.

He had dropped his passengers shortly before he was allegedly shot dead by his assailants.

“The deceased, was until his death a law-abiding Nigerian citizen resident in South Africa where he was going about his normal business as a taxi driver,” he said.

Umahi called on the Federal Government to intervene in the matter to ensure that perpetrators were brought to book.

“We call on South African government to ensure that justice is not only served to Simeon but also served to the Nigerian government, Ebonyi and the family of the deceased.