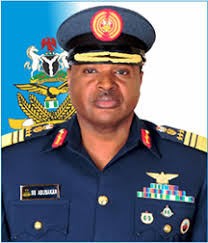 Abubakar said the terrorists have been caged to the Lake Chad region.

“The situation (insurgency fight) today is far better than it was some four or five years back. Boko Haram has now been more or less caged to a particular area, mainly the Lake Chad area.

“In 2015, when we saw them coming to Abuja, Nyanya was bombed twice. Madalla, the United Nations headquarters was equally bombed. We also had an explosion in the Bannex Plaza area.

“So, if we put the picture of where we are coming from and where we are today, I think it will be very safe to say that Boko Haram has been substantially degraded,” he said.

Although the Air chief admitted that the nation has not totally won the insurgency war, the military operations carried out since the inception of President Muhammadu Buhari has recorded much gain.

According to him, the achievements gathered so far is as a result of the Federal Government’s continued support to the Armed Forces and the troops battling the terrorists.

Speaking on the manpower of the nation’s Air Force, Air Marshall Abubabar recalled that the personnel as at 2015 were “grossly inadequate” in view of the security challenges.

But four years down the lane, he said that the nation has recruited about 7,500 servicemen into the system.

“Certainly, the manpower disposition of the service in 2015, in my opinion, was grossly inadequate (4:45) looking at the kind of challenges we are facing.

“And from 2015 to now, I think we have got about 7,500 recruits and we have also enlisted 400 Direct Short Service Commissioned officers apart from the ones coming from the Nigerian Defence Academy,” he said.