It was a moment of disgrace and humiliation on Wednesday as Kenyan lawmaker, Zulekha Hassan was ordered out of the National Assembly for disrupting a parliamentary session.

The legislator was ordered out of the Kenyan House of Representatives after she walked in with a baby.

The Kwale Woman Rep said she had an emergency that’s why she came to parliament with the baby and suggested that a mother’s room be put in place to curb such situations.

“I have tried really hard not to come with the baby, but today I had an emergency; what was I supposed to do?

“If there was a room, a crech or a nursery room, I’d be able to then put my baby,” said Zulekha.

She continued: “Today, I had an emergency, what was I supposed to do? Miss parliament? That’s why I just came with her.

“I knew I would be staying here just for a while and later when my situation is better, I would go. But if there was a room or a creche or nursery, I would then be able to put my baby there.”

Kwale Woman Rep Zulekha Hassan kicked out of Parliament after walking into the chamber with a baby, Speaker terms move unprecedented. 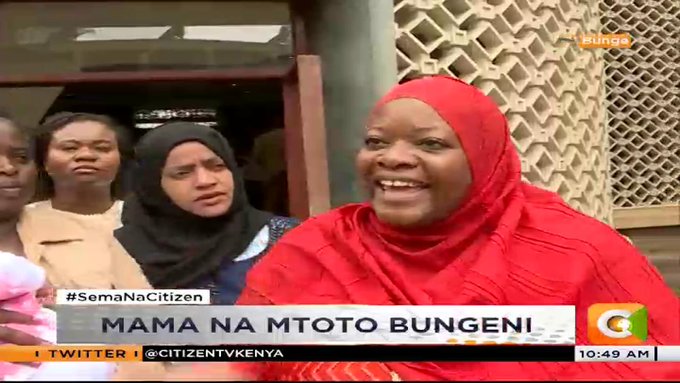