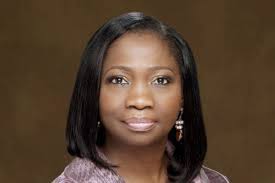 President of the National Association of Nigerian Students, Daniel Akpan who spoke at  a meeting with the chairman, National Diaspora Commission in Abuja.

Akpan called on all Nigerians living in South Africa to return home to prevent further attacks, while also calling on South Africans in Nigeria to leave the country.

She said, “we are reaching a tipping point, we are getting to a point where Nigerians are getting really angry and they can’t take it anymore”.

Speaking further, Mrs Dabiri-Erewa, noted that there has to be a stronger policy decision.

“It’s going to be one of the priorities that the Minister of Foreign Affairs would meet again with his counterpart in South Africa and review the early warning signal that was put in place, that has to be done while diplomatic Channels are being explored,” she said.

This comes in the wake of harassments as well as killings of Nigerians in South Africa, with the most recent being the killing of one 43-year-old Benjamin Simeon.

“One more death again in South Africa… it is becoming unbearable for Nigerians, you don’t go there and come back with body bags so we just have to do everything we have to do, to ensure that it does not escalate to that level where we start picketing and destroying property… that is not who we are,” Dabiri-Erewa stressed.

Also present at the meeting was former Big Brother Africa star, Tayo Faniran, who was recently assaulted by the South African police.