Taraba kidnap kingpin explains how he was aided to escape when he was caught before.

“He was re-arrested in the late hours of yesterday, 19th August, 2019 in his hideout at Layin Mai Allo Hotoro area of Kano State.

“It would be recalled that the Police had been on the massive manhunt for the suspect, Alhaji Hamisu Bala Wadume since 6th August, 2019 following the unfortunate incident in Ibi, Taraba State which resulted in the brutal murder of three (3) Police Officers and two (2) civilians, and injury to five (5) others.

“The suspect who was appropriately restrained at the time of the incident, was subsequently released by his “rescuers” after they had destroyed the restraining handcuffs.”

Wadume had already given vital information to the police on his escape in Taraba on Aug. 6.

He said in a trending video after he was rearrested by the police in Kano that he was able to escape from his police captors in Ibi, Taraba, with the aid of some soldiers.

Watch Wadume speak in Hausa in the video below: 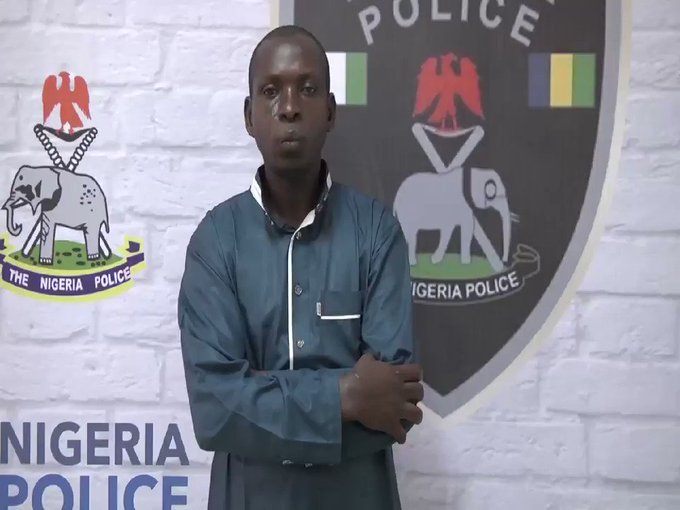 “I am Hamisu Bala also known as Wadume. The police came to Ibi and arrested me. After arresting me, they were taking away when soldiers went after them and opened fire and some policemen were killed. From there the soldiers took me to their headquarters and cut off the handcuffs on my hands and I ran away.”

It would be recalled that Wadume’s escaped after an attack on his police captors by soldiers and a village mob along Ibi-Wukari road in Taraba state on Aug. 6.

The killing sparked off massive public reactions which led to the constitution of a special investigative panel.

The investigation panel, which is working with presidential authority, was initially scheduled to conclude its findings last week but was given two additional weeks.