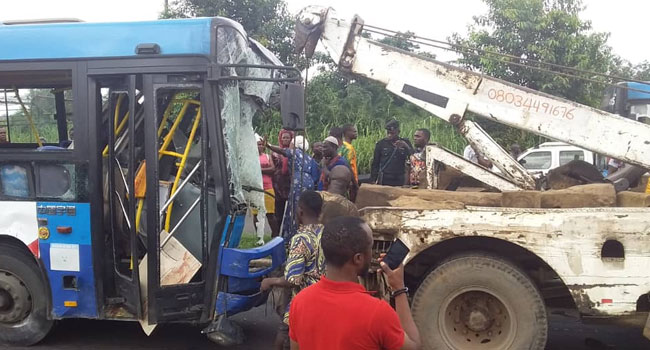 Several persons were injured on Tuesday after a trailer collided with a BRT vehicle in the Ikorodu area of Lagos State.

According to the agency, the fatal accident occurred when the trailer going inwards Ikorodu, skidded off the main carriageway and collided with the BRT.

While some of the casualties were immediately rushed to the hospital, the incident resulted in a serious gridlock around the area.

[10.08am] #Ikorodu #lastmareports
A fatal accident involving a loaded trailer going inw Ikorodu that skidded off the main carriageway to collide with a high capacity bus on the BRT corridor. @TrafficChiefNG @Gidi_Traffic @trafficbutter @lagostelevision @lagostraffic961

43 people are talking about this