Posted on August 28, 2019 by bestiaresgladiators 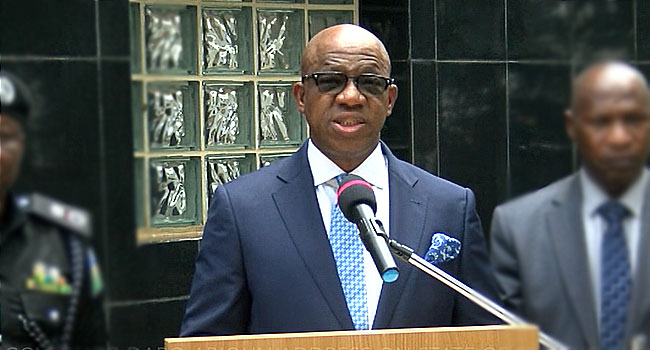 According to a statement by the Chief Press Secretary to the Governor, Kunle Somorin, the governor signed the bill after it was presented to him by the Speaker of the House, Rt. Hon. Olakunle Oluomo at his office, Oke-Mosan, Abeokuta.

Abiodun had last weekend inaugurated the committee of the Trust Fund, headed by Mr Bolaji Balogun to source for money for the acquisition and deployment of security equipment to help in preventing crime.

ALSO READ: JUDICIARY IS BEING INTIMIDATED BY GOVERNMENT…GALADIMA

Also according to the statement, the committee is expected to reserve part of the fund for the training of security personnel.

Similarly, the governor also signed the Ogun State Road Mantaince Agency (Amendment) 2019 into law, as part of efforts to address the deplorable condition of township and rural roads.

← JUDICIARY IS BEING INTIMIDATED BY GOVERNMENT…GALADIMA
COURT ORDERS APC BAYELSA NOT TO ADOPT DIRECT PRIMARY. →