SOUTH AFRICA PRESIDENT FEELS BAD ABOUT THE RECENT KILLINGS OF NIGERIANS IN S.A 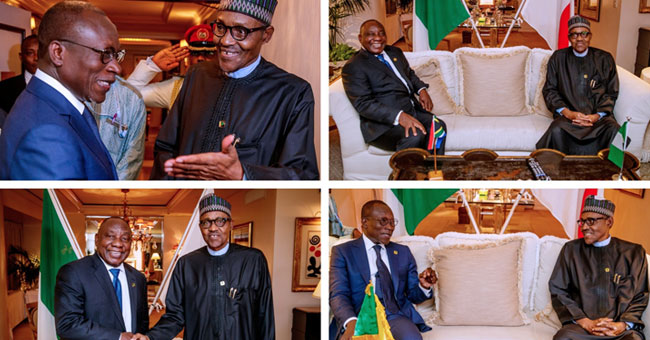 Only days after the alleged killing of a Nigerian in South Africa by security agents, President Cyril Ramaphosa says discussions are ongoing to tackle the issue.

President Ramaphosa says he feels sad about the development especially with the long-standing relationship between South Africa and Nigeria.

The South African President spoke after a bilateral meeting with President Muhammad Buhari on the sidelines of the ongoing TICAD 7 in Yokohama Japan.

He says he had a fruitful meeting with President Buhari, and hopes that positive outcomes will follow as soon as possible.

At the meeting, the two leaders discussed the closure of the Benin- Nigeria border which Mr Talon says is causing hardship for his country.

President Buhari promised to convene a meeting to review the situation.