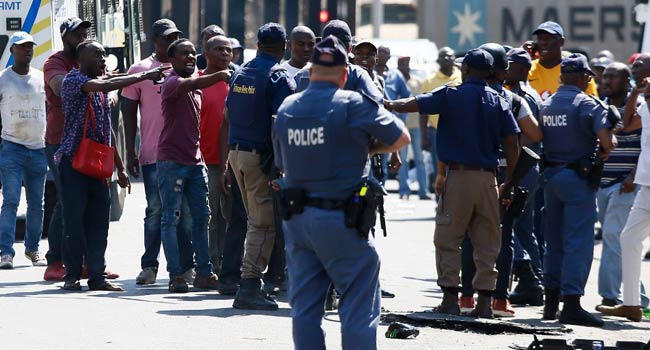 Following the recent murder of Pius Abiaziem, a Nigerian businessman in South Africa, four police officers linked to the murder have been arrested.

This was disclosed on Friday in a statement signed by media assistant, Nigerians in Diaspora Commission (NIDCOM), Gabriel Odu.

In reaction to the arrest, the Chairman and CEO, NIDCOM, Abike Dabiri-Erewa urged the South African Police to expedite action on the matter.

It could be recalled that Abiaziem was killed in Eastern Cape last week allegedly by four South African Policemen who were interrogating him in his house.