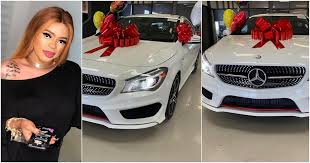 Bobrisky is in apoplectic hysteria after the police brought his birthday party to a halt during the weekend.

As if that was not enough, an unfortunate event followed the disruption of his party when the automobile dealer that sold Bobrisky’s new car to him seized the car over unpaid balances.

He claims he delivered the car to Bobrisky on half payment because Bobrisky pleaded with him.

He went ahead to narrate how difficult it was for him to get back his car, despite trying everything possible to settle the issue with Bobrisky amicably.

Reacting to this, Bobrisky used his social media presence to defame the automobile dealer with claims that he is fraud.