SOUTH AFRICA EMBASSY SHUT DOWN OVER FEAR OF ATTACK 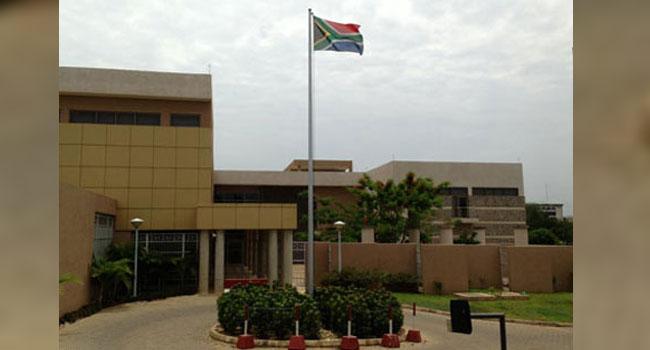 South African High Commission in Nigeria has shut down its offices and consulate for fear of attack.

The country’s acting High Commissioner, Ambassador Bobby Moroe says he has directed the Mission to suspend all consular activities until further notice.

Officials of the commission confirmed to newsmen that none of its officials has left the country except for those on leave.