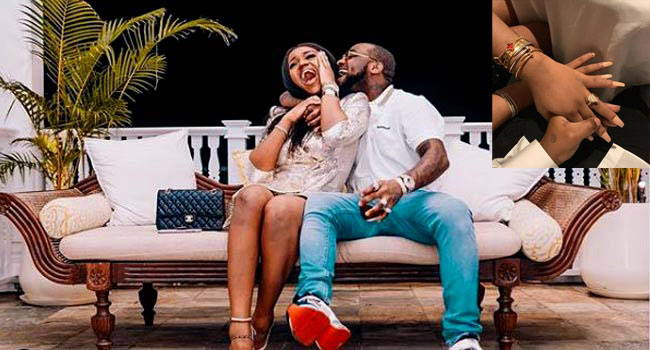 Singer Davido has set social media ablaze as pictures and videos of his romantic proposal to his girlfriend, Chioma have gone viral.

The proposal happened in London on Thursday, after which he shared a picture on his social media saying: “she said yes!!!! Big rock”.

The proposal is definitely one to remain a lasting memory in the hearts of fans as they cannot get over the “Assurance” customised gold ring that will no doubt be Chioma’s newest favourite accessory.

It is, however, not the only news exciting the fans as rumours of Chioma’s pregnancy was finally confirmed in one of the videos making the rounds.

This has everyone over the moon since the couple had neither confirmed nor denied rumours when asked about her pregnancy.

The proposal is coming exactly 10 days after both families had an official introduction in Lagos. Big congrats to them!