MOTHER AND CHILDREN DIE AFTER CONSUMING AMALA IN EKITI. 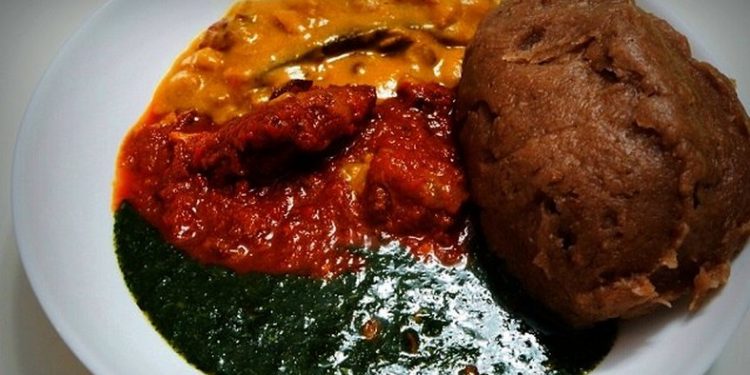 The eldest of the children was 14 while the younger one was 12.

It was gathered that yam flour, which they consumed, was procured by the husband and prepared by the mother of two.

All members of the family who ate the meal were found lifeless after dinner, except the father who is in a critical state at the Federal Teaching Hospital in Ido Ekiti.

A source, who craved anonymity, said two dogs, which reportedly ate crumbs of the food, were also found dead in the apartment.

It was gathered that the neighbours, who were thrown into mourning after discovering the incident on Saturday, alerted the police.

Lawmaker representing Ikole constituency II at the Ekiti State House of Assembly , Hon. Adeoye Aribasoye, confirmed the tragedy to newsmen on Thursday in Ado Ekiti.
Aribasoye had raised the issue at the plenary of the House where he called for sympathy and investigation into the matter.

Recounting the sordid scenario to newsmen, he said: “A great tragedy occurred at Odo Ayedun Ekiti on Saturday. it was a mournful day for us as a family of three died mysteriously.

“ A mother and her two children all died after eating yam flour. The remote cause of the incident is still unknown as members of the community are still in shock.”

Speaker of Ekiti Assembly Funminiyi Afuye sympathised with Aribasoye and the entire people of his constituency for the tragic incident.
He, however, directed the House Committee on health to launch investigation into the matter with a view to unravelling the causes of the mysterious incident.

He said the police will join hands with other institutions to investigate the cause of the deaths.