MUTILATED BODY OF FEMALE NAVAL OFFICER INSIDE WELL IN KADUNA 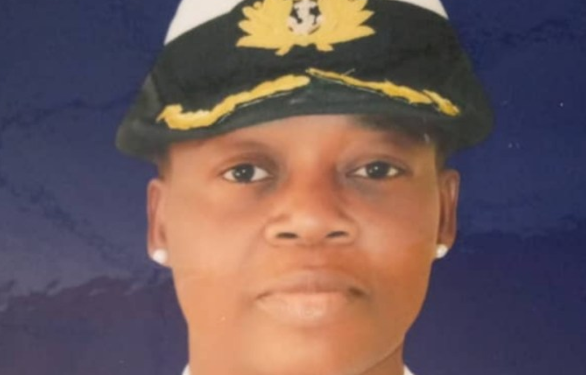 The body of a female Naval officer has been reportedly found inside a shallow close to the cantonment in Jaji, Kaduna state after she was allegedly murdered.

The deceased officer was until her death, commandant of Command Secondary school at the Armed forces Command And Staff College, Jaji.

Her body was said to have been found inside a well where it was apparently dumped by her killers in a bush near the prestigious Military Institution.

Although the authorities of the Armed Forces College and Kaduna Police command are yet to confirm the incident, sources said the deceased Naval Commodore, was declared missing at the college on September 13, after efforts to ascertain her whereabouts were unsuccessful.

ALSO READ: TUNDE BAKARE DECLARES HE IS THE NEXT NIGERIAN PRESIDENT

It was said that the deceased officer was confirmed missing after she failed to report to work for some days, which consequently forced military personnel to broke into her apartment and found her phone ringing and her whereabouts unknown.

It was also learnt that military authorities in Jaji who suspected foul play, kept some of the deceased immediate staff and family members under close observation which eventually led to the arrest of two persons in Zaria while they were trying to dispose her car.

The suspects were said to have confessed to having a hand in the murder of the Naval officer upon interrogation by military authorities, and thereafter, led the investigators to where the body was dumped inside a well near the Jaji military cantonment .