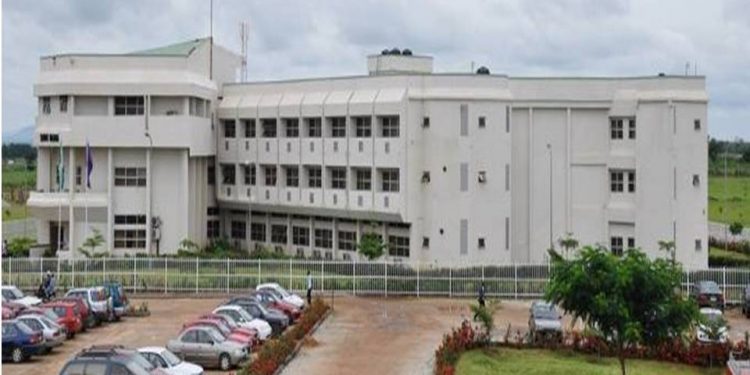 Students of the Federal University of Technology, Minna went on rampage on Friday after a tanker hit a pick- up van that convened students along Dama village in Gidan Kwanu.

The students were having their Students Union Government (SUG) elections campaign at the main campus of the university, Gidan Kwano, Minna when the tanker came and hit one of the campaign vehicles.

The incident occurred on Thursday night.

However, the students began protesting on Friday when they heard the driver of the tanker has not been apprehended.

They called the owner of the filling station where he was said to have escaped into to bring him out.

ALSO READ: BBNAIJA PEPPERDEM: TACHA AND MERCY MIGHT GET DISQUALIFIED

The protest grew intense when news filtered in one of the victims is a first class student, Emmanuel Murphy popularly called DJ E Murphy, is battling for his life.

His leg was reportedly rammed over by the vehicle after he fell down from vehicle that was hit.

Some students were also injured and are receiving treatment at the Minna General Hospital.

The enraged students chanted: “Justice for Murphy and others, Driver must be arrested, No more killings of our students etc”.

Some students, who spoke to newsmen, said that they were enraged that after the tanker driver injured their colleagues, some other tanker drivers held the school siege.

They accused the drivers of burning tires in front of the school, destroying any vehicle entering or coming out of the University in the early hours of Friday.

“Who do they think they are? Is it because we have been silent in their misdeeds? They cause a lot of accident around here and we do nothing.

“They have done their own, let them come out now and face us,” one of the students, who gave his name as Mayowa, challenged.

The Public Relations Officer of the University, Mrs. Lydia Legbo, confirmed one of the students hit by the tanker sustained serious injury on his leg and head.

According to her: “The student’s leg and head were seriously affected after the accident.

“Thank God, he is responding to treatment and we pray he and other students get well. Other students sustained various injuries but Murphy’s case is serious.

“The reason for the protest was because when the driver was apprehended, his statement was not palatable to the students. He was chased and he ran into a petrol filling station.

“That was when students became furious, demanding that the driver be produced and when the filling station management refused they (students) barricaded the roads.”