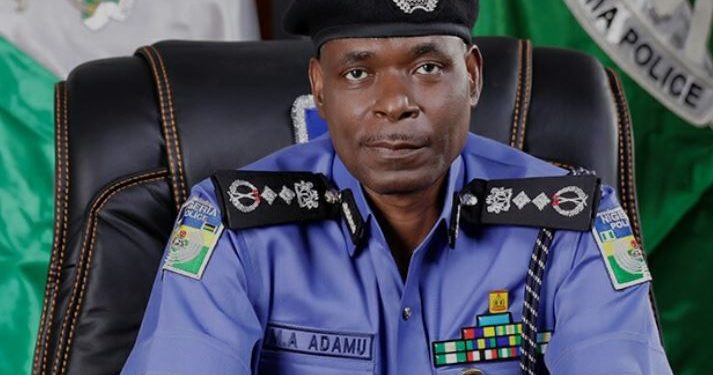 Inspector General of Police, Mohammed Adamu, says the national crime profile of the country has continued to decline in relation to the previous quarters.

Adamu said in Abuja that this trend is indicative of the effectiveness of policing strategies which are based on community partnership practices, application of cutting-edge policing technologies and crime management solutions, the engagement and integration of intelligence-led policing standards to their functions at all operational and investigative levels, and an enhanced inter-agency collaboration orientation.

Speaking during a conference with senior police officers at the IGP Conference Hall at the Force Headquarters on Thursday, Adamu said in furtherance of this, the trust gap between the citizens and the Police have been significantly narrowed and the bond to fight and reclaim communities from criminals who are our common enemies has been strengthened.

The IGP said in addition, the commitment and capacity of the Nigeria Police to re-dominate the public space and deny criminals the liberty to manifest their heinous crimes has been appreciably boosted.

“Furthermore, two hundred and twenty-eight (228) firearms of various descriptions and calibre were recovered in various police operations across the country within the same period. Aside this, two hundred and thirty-one (231) kidnapped victims have been safely rescued and reunited with their families while seventy-five (75) stolen vehicles were also recovered from criminal elements,” he said.

The monthly Conference had strategic police managers drawn from the 12 Zonal Police Commands, the 36 States of the Federation and the FCT.

Adamu said the constant engagement of senior police officers occupying strategic administrative and operational portfolios across the country has been one of his management traditions.

“It is my firm belief that, in doing this, we shall be able to jointly re-evaluate the internal security outline of the country with a view to assessing which strategies have produced desired outcomes and those that need to be tinkered with to meet national policing requirements.

“We are challenged by these achievements to sustain our tempo. This calls for constant re-evaluation of the dynamics of crime and the re-alignment of our strategies accordingly. In so doing, I am to note that there are still some security challenges which currently require our professional attention and which will constitute part of our discourse during this Conference. In this context, I encourage you all not to relent, but to roll up your sleeves with renewed vigour in the fight against crimes in the country.

“The Nigeria Police under our watch, will not only continually emplace strategies that are potent enough to deal with the emerging trends of crime, we are determined to attain this mandate within the dictates of rule of law, uncompromising respect for human rights, and best global policing practices. In this regard, it will be recalled that I have at various fora confirmed our determination to adopt less-lethal approaches and equipment in our policing duties. This is with the intention of ensuring that the sacred lives of the citizens whom we swore to serve and protect are not endangered in the line of our duties.

“It is in furtherance to this that I initiated actions towards the acquisition and deployment of electro-muscular disruption technology-based weaponry which is commonly known as Taser or Stun Guns for low-risk police operations. This is with the intention of addressing public concerns on misuse of firearms by the Police with its attendant consequences on lives and effect on the attainment of our community policing vision.

“In addition, special training are being organised for the Special Units of the Police including the Police Mobile Force, Special Forces, Counter-Terrorism Unit, Anti-Robbery detachments, Anti-Kidnapping Squads and the Criminal Investigation Operatives. This is with the intention of equipping them with the right orientation for policing in the 21st Century and to align their operations within the expectations of the law and the citizens.

“In order to situate our vision in this regard to the standards of democratic policing, which is hinged on the protection of fundamental human rights, it is considered expedient that Force Order 237 which defines our Rules of Engagement (RoE) be reviewed, standardised and simplified.

“I am delighted to announce that with the support of our local and internal partners, we have successfully completed the process of reviewing the document and today, we shall be formally launching the Revised Force Order 237 (RFO) which is not only comprehensive and modernised but simplified for ease of comprehension by all members of the Force. The launch of the first two thousand (2,000) copies of the document will be undertaken in the course of this meeting.

“We are immensely grateful to the International Committee of the Red Cross (ICRC), United Nations Office on Drugs and Crime (UNODC), the Swiss Government, the National Human Rights Commission (NHRC) and AIG Austin Iwar (rtd) among others who collaborated with the Nigeria Police towards achieving this feat,” he said.