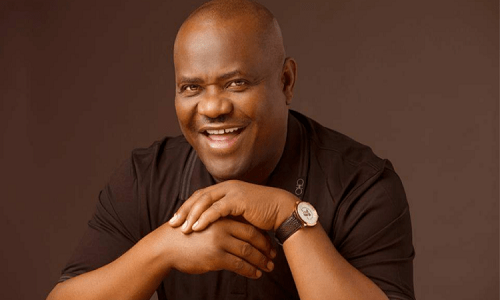 The Rivers State Governorship Election Tribunal sitting in Port Harcourt, on Saturday upheld the victory of  Governor Nyesom Ezenwo Wike  of the Peoples Democratic Party (PDP) in the March 9 election.

“We affirm the election of Nyesom Ezenwo Wike as duly elected,” the Tribunal declared in two separate judgments delivered over a period of seven hours.

Justice Olawoyin said Awara failed to call any witness to give credible evidence that there were malpractices that favoured Governor Wike, and did   not also provide evidence on violence that affected the outcome of the election.

According to the Tribunal, the defeated AAC Governorship Candidate tendered certified true copy of the State Governorship Election and the declaration of results by INEC, explaining that neither he nor any of his witnesses tendered any results different from what INEC declared.

The Tribunal further said Awara failed to call his polling unit agents to testify, even though  he admitted that they were all alive. It added that prosecution Witnesses 3 to 19 who testified were alleged ward or Local Government agents, whose testimonies were found  not to be credible.

The Tribunal said further that Exhibits AA1 to A12 tendered by PW4 were  inadmissible in evidence, because he was not the maker, adding that the documents were dumped  on Tribunal without polling agents being called to give evidence.

As a result, the Tribunal expunged the Exhibits from its records.

The Tribunal held that most of the witnesses of the AAC were not credible because of their contradictory statements.

Documents tendered by an Assistant Commissioner of Police in Rivers Command, ACP Victor Onugbo, was also admitted as credible. It declared that Wike won the election.

Earlier, Justice Orjiako reading the judgment on the ADP’s Mr. Victor Fingesi petition, declared that he failed woefully to prove that Governor Wike did not score the highest number of lawful votes during the March 9, 2019 Governorship election.

The Tribunal declared that allegation that the winner (Wike) did not score the highest number of votes was an invitation to compare figures, which required the petitioner ought to honour and plead his own results and that of the winner for the court to cross check.

Justice Orjiako noted that there was no evidence of any alleged inflation of results, as the evidence remains vague, even as it held that the burden of proof is strictly on the petitioner and not on any weakness of the defence of the respondents.

The tribunal agreed with INEC that election was conducted in substantial compliance with the Electoral Act. It said the testimonies of the witnesses of the ADP were mere hearsay, as most of them were not at the respective polling units where the elections were held.