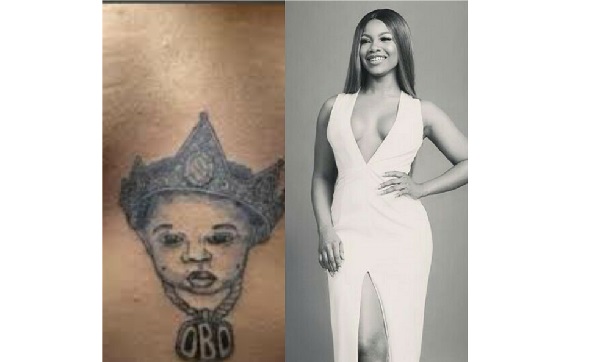 Big Brother Naija housemate, Tacha Akide who was disqualified from the show, has finally cleaned Davido’s tattoo from between her boobs. This was as a result of constant scolding from her esteemed fans.

Recall that the self-acclaimed, Port Harcourt First Daughter, a 23-year-old native of Cross River came into limelight after she got a tattoo of Davido’s DMW crest on her chest.

Tacha ignored the Big Brother final party on Saturday night, making it obvious that she has nothing to do with big brother again, she unfollowed Big Brother Naija Page on Instagram days after her disqualification. Kim Oprah was also not at the party.

Tacha, who is constantly being trolled on social media over her over reactive character and her alleged body odour, had on Sunday night released a stunning picture of herself on her Instagram page, a picture where the DMW’s logo had obviously vanished from between her boobs.

Everyone else is Taken