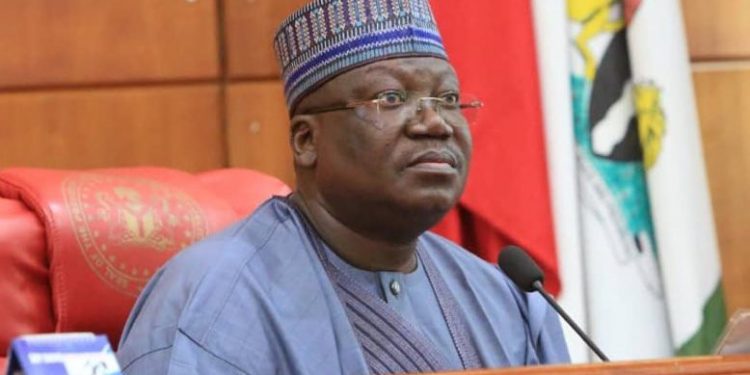 The Senate had confirmed the nomination of Barr. Adeleke Adewolu, as an Executive Commissioner on the governing board of the Nigerian Communications Commission (NCC).

This followed the consideration and adoption of the report of the Senator Oluremi Tinubu-led Senate Committee on Communications at plenary.

However, some Southeast Senators raised objections to the confirmation and drew the Senate’s attention to the lopsidedness in the NCC Board following the absence of a Southeast representative in the board at the moment.

Senator Francis Onyewuchi (Imo East), citing Section 14(4) of the Constitution, called for the report to be stood down pending when there is a nomination to fill the Southeast slot.

Senators Uche Ekwunife and Rochas Okorocha had earlier observed that there is no Southeast representative on the Board of the NCC.

President of the Senate, Ahmad Lawan, said that even though the Senate as a lawmaking body would always insist that its legislation are adhered to, it is however not sufficient to stop the confirmation of Adeleke.

He, however, directed the Senate Committee on Communications to get the list of executive directors in the NCC, in view of the alleged marginalization of the Southeast in appointments into the board of the agency.

Minority Leader, Senator Enyinnaya Abaribe, while raising an order for personal explanation, stated that the real issue is that there is a vacancy for the Southeast zone in the NCC board which has not been filled.

Abaribe noted that the Southeast had a representative on the Board of the NCC who left to contest elections in another party.

He said the action of the former Southeast representative on the board has now created a vacancy in the NCC board that is yet to be filled.