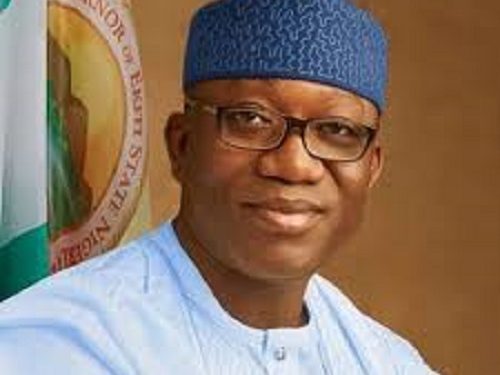 Two on death row had their punishment converted to life imprisonment.

This was contained in a statement on Sunday by the Attorney-General and Commissioner for Justice, Olawale Fapohunda.

All the affected inmates were being kept at the Nigerian Correctional Service facilities in Ado Ekiti and the Maximum Security Prison, Kirikiri, in Lagos.

According to the Attorney General, Tunde Abe and Adeniyi Owolabi who were on the death row, had their sentences commuted from death to life imprisonment.

He said the development was predicated on the recommendation of the Ekiti State Advisory on Prerogative of Mercy, noting 50 applications were considered for clemency at its third sitting but 18 met the standard criteria.

Fapohunda said the inmates were considered to benefit from the prerogative of mercy after due examination of their case files, which revealed that they have been reformed and ready for re-integration into the societies.

He, however, congratulated the beneficiaries of the governor’s amnesty, urging them to avoid acts that led to into prison in the first place.