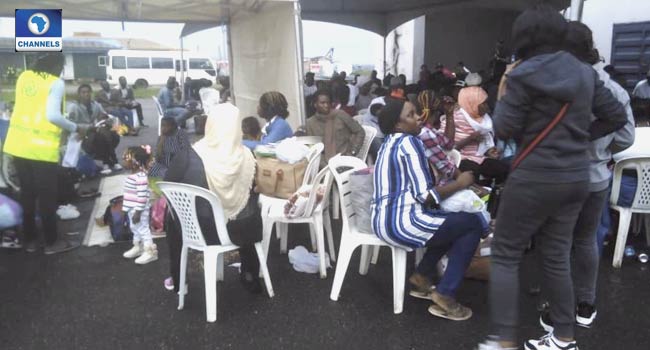 A total number of 173 stranded Nigerians on Tuesday morning returned from Libya and they were received by the National Emergency Management Agency (NEMA).

The returnees who arrived in the country on two different flights were received by the NEMA coordinator, Lagos territorial office, Alhaji Idris Abubakar Muhammed at the cargo wing of the Murtala Muhammed International airport, Ikeja.

Twenty-one of the returnees had medical issues. 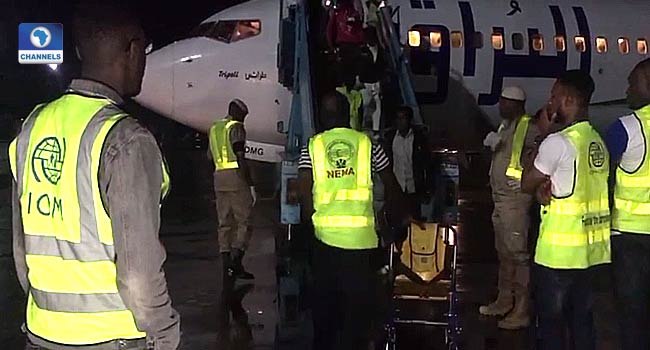 One of the returnees, Miss Aishat Areni narrated how she was lured by a trafficker with a promise of travelling to New York City, USA to practice catering.

Contrary to the promise, Areni said on arrival in Libya, she was forced into domestic labour and prostitution.

The returnee advised those planning to travel to Libya that it’s a dangerous country, where kidnapping, murder, robbery and bombings are rife.