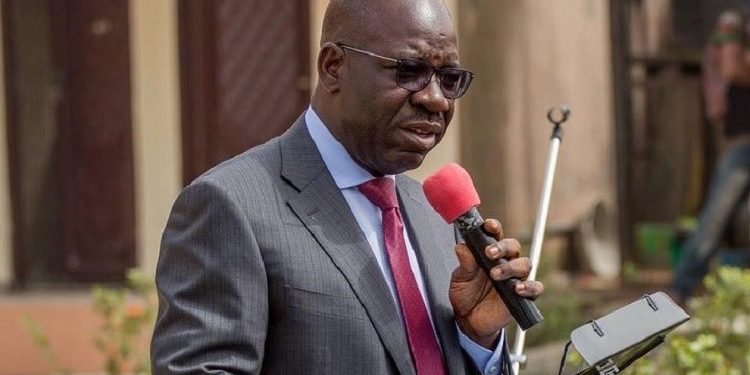 Seven persons were on Saturday confirmed dead after they were involved in an accident near Ehor village along the Benin-Ekpoma highway.

The victims include five adults and two children who were driving in an Audi 80 car which had a head on collission with a Toyota Hilux van.

Occupants of the hilux van were protocol officers of the Edo State Government House.

They were said to heading for Ekpoma, headquarters of Esan West local government area as an advance party for Governor Godwin Obaseki who was to attend the convocation ceremony of Ambrose Alli University, Ekpoma.

Edo Sector Commander of the Federal Road Safety Corps (FRSC) Mr. Anthony Oko, who confirmed the incident said the two children died on their way to the hospital.

ALSO READ: OAU AND UNILAG AT IT AGAIN, AS THEY MARK ONE YEAR OF THE FIGHT.

Oko said all occupants of the Audi car died while driver of the Hilux van had injuries.

He attributed the cause of the accident to lost of control by the driver of the Audi car.

The FRSC boss said the driver entered a pothole and rammed into the hilux van.

An Edo government official who pleaded anonymity said the protocol officials did not suffer much injuries.

The State Commissioner of Police, Danmallam Mohammed, who confirmed the incident, described it as “very unfortunate”.