Posted on November 7, 2019 by bestiaresgladiators

MAINA APPEARS IN COURT ON WHEELCHAIR 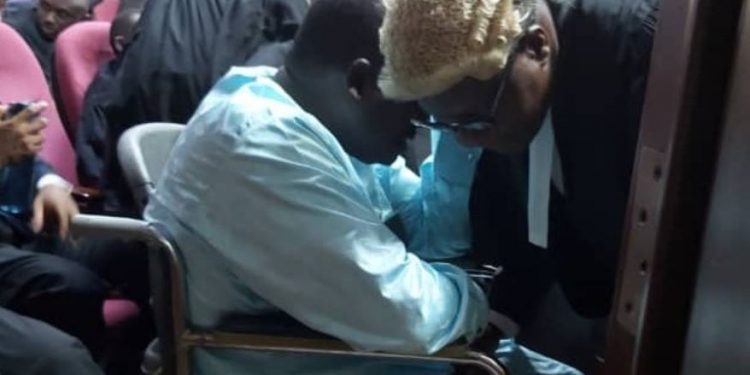 Maina, who was dressed in light green colour caftan, was in a wheel chair.

The former chairman of PRTM was looking pensive and sickly.

The News Agency of Nigeria (NAN) reports that Maina had, on Oct. 25, arraigned alongside a firm, Common Input Property and Investment Ltd, by the Economic and Financial Crimes Commission (EFCC) before Justice Okon Abang.

He was charged with 12 counts bordering on money laundering, operating fictitious bank accounts and fraud.

NAN reports that while Maina is the 1st defendant in the case, the company was the 2nd defendant.

On Monday, the court adjourned till Tuesday to take his application seeking an abridgment of time to hear his bail application earlier fixed for Nov. 19 and also for continuation of evidence by the prosecution’s first witness.

However, when the matter was called on Tuesday, Maina was not in court.

He was said to be indisposed.