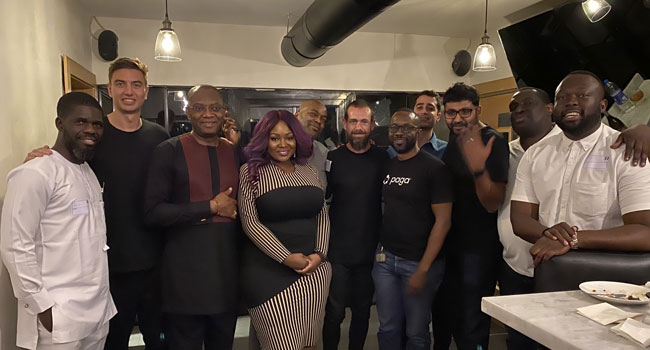 Barely 24 hours after landing in Nigeria, Twitter CEO, Jack Dorsey, has picked up some phrases in the native Yoruba language.

Clearly having a good time with his new friends which included media personality, Tolu Oniru-Demuren a.k.a Toolz, former government official, Dr Joe Abah and others, Dorsey was captured in a video asking ‘Bawo Ni?’, meaning ‘how are you’?.

“Great dinner with some new friends,” he tweeted later.

ALSO READ: MAN CAUGHT AS HE ATTEMPT TO SELL HIS 3 YEAR-OLD SON FOR N5M

The CEO of the tech giant has also met tech entrepreneurs in Lagos State.