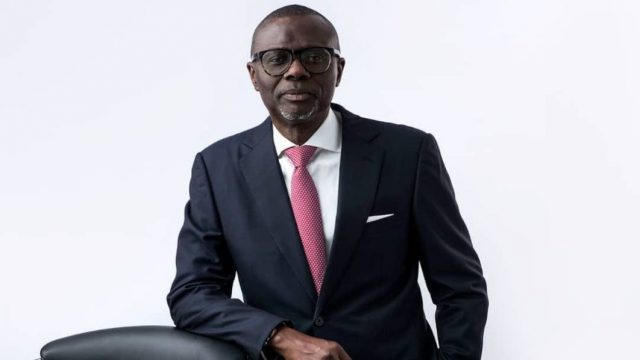 A five-man panel, in two judgments, validated Sanwo-Olu’s victory in the March 9 poll.
It dismissed the appeals by governorship candidates of Labour Party (LP) and Alliance for Democracy (AD).

The two parties and their candidates had appealed the September 23 judgment of the Lagos State Election Petition Tribunal, which upheld Sanwo-Olu’s victory.

Both appeals were argued on Wednesday.

The appellate court upheld the decision of the Election Petition Tribunal that the appellants failed to prove that Sanwo-Olu was not competent to contest the election.

It noted that the Election Tribunal had observed that no scintilla of evidence was placed before it, including newspaper publication, proving Sanwo-Olu’s alleged incompetence.

The appellate court upheld the Tribunal’s decision that no proof of allegation of collusion and assault against officers of the Nigerian Army was provided by the appellants.

ALSO READ: NO ONE TO STAND FOR SOWORE’S BAIL…DSS

It upheld the Election Petition Tribunal’s decision that the appellants did not provide sufficient proof of electoral malpractice at the polling units against the respondents.

The appellate court ordered that a cost of N200,000 be awarded against the appellants in favour of six of the seven respondents (except for the Commissioner of Police) in both appeals. The costs amount to N2.4million.

The court adopted the issues as formulated by the second and third respondents in reaching its decision.

On whether the tribunal rightly adjudged the petition before it as incompetent based on the objections raised by the respondents, the court resolved this issue in favour of the Respondents.

It held: “The grounds as constituted in paragraph 18-22 did not meet the requirement of clarity as prescribed by the provisions of the Electoral Act and the tribunal was right to have struck them out.

“Consequently the reliefs have no anchor and nothing to be attached to, thus floating and bound to sink.”
On whether the tribunal rightly dismissed the petition for lacking in cogent evidence (both oral and documentary, this issue was also resolved in favour of the Respondents.

Justice Sankey said the appellants failed to link documents (with particular reference to Paragraphs 16-20) to relevant aspects of petition and documents were dumped on the court in sealed envelopes.

The court also observed that it was not its duty “to go fishing” on how documents apply to the facts as contained in the petition.

The court further stated that the Petitioner went on a “Columbian journey of making assertions with nothing to back it up”. All the other four Judges affirmed and concurred with the lead judgement.

“I hereby uphold the judgment of the Lagos State Election Petition Tribunal,” she said.

The same unanimous decision was reached in the Appeal of Alliance for Democracy (AD).

Justice A. O. Lokolu-Sodipe, who read the lead judgement, stated that the appeal also lacked merit and was “Dead On Arrival”.

“The seven issues of the appellant are hereby resolved against him,” he said.
Other Justices on the panel were R. N. Pemu, I. Jombo-Ofo and J. G. Abundaga