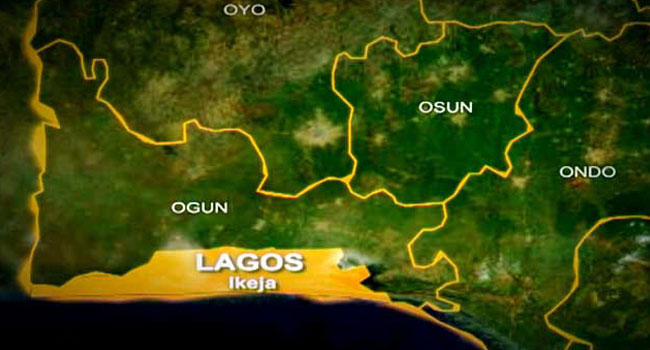 A tanker loaded with 33,000 litres of Premium Motor Spirit (PMS) fell and spilled its contents at the Airport Road axis in Oshodi, Lagos State.

The Lagos State Emergency Management Agency (LASEMA) confirmed this in a statement on Saturday by its Public Affairs Officer, Nosa Okunbor.

It added that no loss of life or injury was recorded at the incident scene while heavy-duty equipment have already been deployed for a quick recovery to prevent secondary incidents.

“Part of the deployment is an empty tanker and pumping machine for trans-loading with super metro in waiting for recovery of the vehicle after trans-loading is completed,” the agency said.

It noted that its officials and the Lagos State Fire Service officers were involved in blanketing of the entire area while the police and officials of the Lagos State Traffic Management Authority (LASTMA) provided security, crowd and traffic control.

Meanwhile, LASEMA said it recovered another fallen oil tanker along the Old Abeokuta Motor Road in the Agege area of the state.

“The Agege fallen tanker is laden with 33,000 litter of Automatic Gas Oil, AGO, (Diesel) which fell off its truck head sideways while driving along the Nigeria Postal Service Agege.

“The impact of the fallen tanker resulted in the spillage of its contents with the resultant blanketing at incident scene ongoing while the trans-loading process is also ongoing,” it said.

ALSO READ: 2019 A SAD ONE FOR ACTRESS QUEEN NWOKOYE

The agency explained that the trans-loading commenced after carefully identifying the risks involved in order to ensure there was no loss of lives and valuables in the ongoing operation.

The entire incident area was, however, cordoned off to ensure safety and adequate operational space in compliance with international best practices.

The truck with an unknown registration number was said to have lost control on motion as a result of mechanical failure.

It, thereafter, crossed the other lane due to momentum which made it attempt crossing to the other side of the road and got stuck on the culvert, resulting in the obstruction of free vehicular movement.

“However, no loss of life or injury sustained at the scene of the incident where LASEMA and LASTMA are responders with the early arrival of deployed heavy-duty equipment for a quick recovery to prevent secondary incidents in the ongoing recovery operation,” it said