A female governorship candidate in Kogi State was attacked by suspected hoodlums on Tuesday while the Independent National Electoral Commission (INEC) organised a meeting for political stakeholders in the state.

The meeting, which was attended by the Inspector General of Police, Mr Mohammed Adamu, as well as INEC Chairman, Professor Mahmood Yakubu, held four days to the November 16 governorship election in Kogi.

Adamu and Yakubu, in the company of some senior police officers and INEC National Commissioners, witnessed the signing of a peace accord by the political parties and their candidates in Kogi.

The event had been going smoothly until commotion occurred when Natasha, the governorship candidate of the Social Democratic Party (SDP), arrived at the venue. 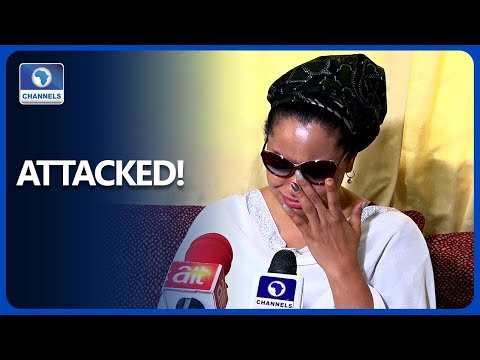 Channels Television gathered that suspected thugs attacked the SDP candidate when she was about entering the hall where the event was holding.

In the process, a fight broke out while some policemen at the venue dispersed the hoodlums with teargas which affected everyone in the hall, including the IGP and the INEC boss, as well as other dignitaries present.