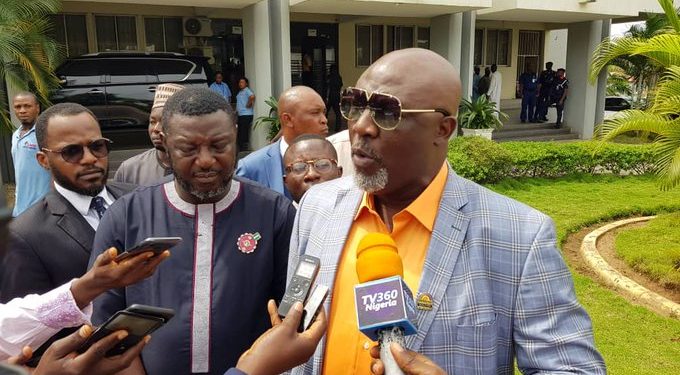 The lawmaker disclosed in a tweet that he presented along with the petition 21 video clips documenting the reported electoral malpractices that occurred during the poll.

Melaye said he was received by INEC secretary, Rose Orianran-Anthony and the national commissioner Festus Okoye.