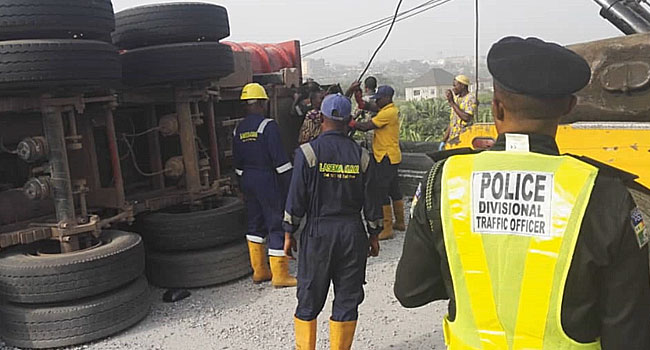 Two persons have been killed while one person is in a critical condition following an accident that occurred on the Otedola bridge off the Berger-end of the Lagos-Ibadan expressway.

The accident which occurred on Saturday involved a truck carrying granite and an SUV.

General-Manager of the Lagos State Emergency Management Agency (LASEMA), confirmed the incident and the number of casualties to Channels Television.

According to LASEMA, three others were rescued, while two were treated on the spot and discharged. 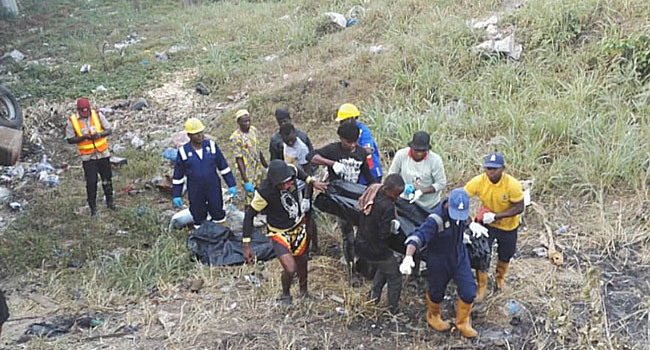