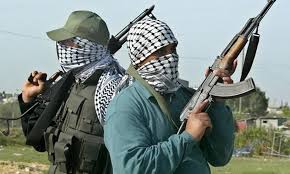 In Kachia LGA, bandits invaded a herders’ settlement in Inlowo village, killing one Ibrahim Haruna before carting away 180 cows belonging to the victim.

A group of armed men also attacked Akilbu village within Kachia where two persons sitting in a vehicle were shot.

One of the victims was later confirmed killed in the hospital while the other one was said to be responding to treatment.

Two persons were also killed in another attack by bandits around Ungwan Yako village in Chikun LGA after bandits barricaded the Kaduna-Birnin Gwari Road around the general area and opened fire on a moving vehicle.

According to security reports, bandits barricaded the Kaduna-Birnin Gwari Road around the general area and opened fire on a moving vehicle.

Two people were hit, and one of them lost his life while the other person was injured taken to a hospital for medical attention.

In another incident, police operatives on a routine patrol foiled an attack by bandits along the Kaduna-Birnin Gwari Road in the Buruku area.

The operatives were said to have rushed to the scene of the attack and engaged the bandits in a gun battle, who then retreated.

This led to the rescue of the two victims – Fahad Lawal and Usman Shehu – who have been taken to a hospital for treatment.

Aruwan stated that security operatives were conducting operations at identified locations in the general area with a view to arresting the bandits.