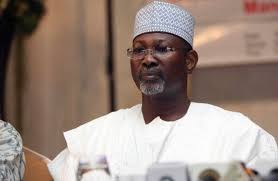 Speaking during a lecture organised by Kwara Visioners Network for Rural Development in Kwara State, Jega said the two dominant parties are becoming incapable of directing the country in the right way.

“The current two dominant parties – APC and the PDP – with their quality recruitment and leadership selection processes who have shared power and have tended to lead Nigeria astray in the past 21 years are becoming incapable of directing Nigerian political and governance processes in the right direction,” he said on Saturday.

“The dominant elites in these parties are self-centered, preventing the few good ones among them to be impactful. They are also fractious and quarrelsome and lacking even enlightened self-interest.”

According to the professor of Political Science, there is a need to create a special vehicle that can go into alliance and work together to free the country from the stranglehold of parochial and reckless politicians.

Jega also dismissed speculations in some quarters that he was joining the 2023 presidential race, noting that his mission was to contribute to positive change in politics.

While stating that he is a registered member of the People’s Redemption Party (PRP), Jega noted that he hasn’t told anyone he is interested in running for the position.

The ex-INEC Chairman also reacted to moves for the electronic transmission of results in general elections, criticising the National Assembly for downplaying its importance.

He said the constitutional provision that prohibits the use of technology is a hindrance to electronic voting, asking the lawmakers to remove the legal encumbrance for electronic voting to be possible in the 2023 elections.

“In fact, INEC has used it in some elections in parts of the country. It is a pilot scheme which all the stakeholders have been observing and said is good.

“The next thing is to remove the major hindrance in the use of technology because there is a constitutional provision which says that electronic voting is prohibited,” the former INEC boss explained.