The latest U.S. and British intelligence reports suggest Russia’s military advance on major cities in Ukraine is stalled, but that’s not stopping Vladimir Putin’s forces from inflicting horror across the country. 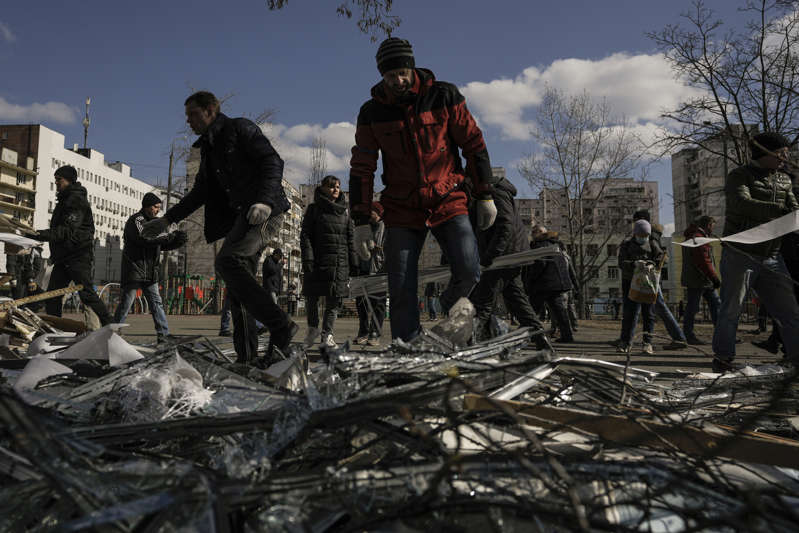 As CBS News correspondent Imitaz Tyab reports, in Russia’s war of attrition, it appears that nothing is off limits. Not even a theater in the besieged southern port city of Mariupol that was said to be sheltering more than 1,000 people.

It was clearly marked with the word “children” scrawled in huge Russian writing. But it was reduced to ruins on Wednesday. Ukrainian officials called it the latest atrocity by Russian forces, but there was hope on Thursday morning that many of those who had turned to the theater as a safe haven might have survived.

“The bomb shelter held,” Petro Andrushchenko, an advisor to Mariupol’s mayor, told the Reuters news agency on the phone. “Now the rubble is being cleared. There are survivors. We don’t know about the victims yet.”

“We don’t know yet whether we have wounded people, or killed people. But it looks like most of them have survived and are okay,” Dmytro Gurin, a Ukrainian lawmaker whose parents are trapped in Mariupol, told the BBC.

Maxar Technologies via AP This satellite image provided by Maxar Technologies shows the Mariupol Drama Theater in Mariupol, Ukraine on Monday, March 14, 2022. Ukrainian officials say Russian forces destroyed the theater in the city of Mariupol where hundreds of people were sheltering. There was no immediate word on deaths or injuries in what the Mariupol city council said was an airstrike on the theater Wednesday. The Maxar satellite imagery firm said images from Monday showed the word “children” had been written in large white letters in Russian in front of and behind the building.

Russia denies bombing the building, accusing the Ukrainian Azov Battalion, a militia with neo-Nazi sympathies, of blowing it up.

Russia has offered no proof, however, to back up its claim that the Azov group rigged the theater with explosives to stage a provocation.

At a nearby hospital, scenes of utter carnage were painfully clear. Medics did what they could to help in the wake of the latest destruction in Mariupol, but officials say more than 2,000 civilians have been killed by Russia’s artillery and missile fire in the city so far. The youngest of the victims was just 22 days old.

“These are all the people we could not save,” lamented one brave doctor. 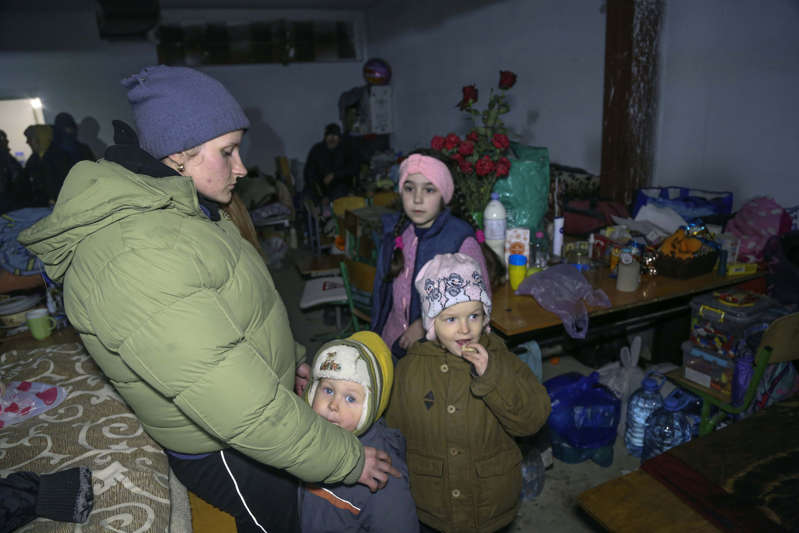 The city has collapsed into chaos as Russian soldiers encircle it. Each airstrike and shelling — one every minute at times — slowly squeezes the life out of the once thriving seaport.

In the eastern city of Kharkiv, another inferno. Tyab said Russian shelling hit a market there, killing at least three people.

“I think there were several rockets or Grad missiles,” recalled one witness. “Boom, boom, boom, and then the fire broke out.”

It’s a hell that has sent more than 3 million Ukrainians fleeing to other countries, and displaced millions more within their own. Among them, a group of orphans who were rescued less than a week ago from brutal violence in the country’s war-torn east.

“They have both physical and mental disabilities,” explains Natali, a social worker in the western city of Lviv who is helping the children. 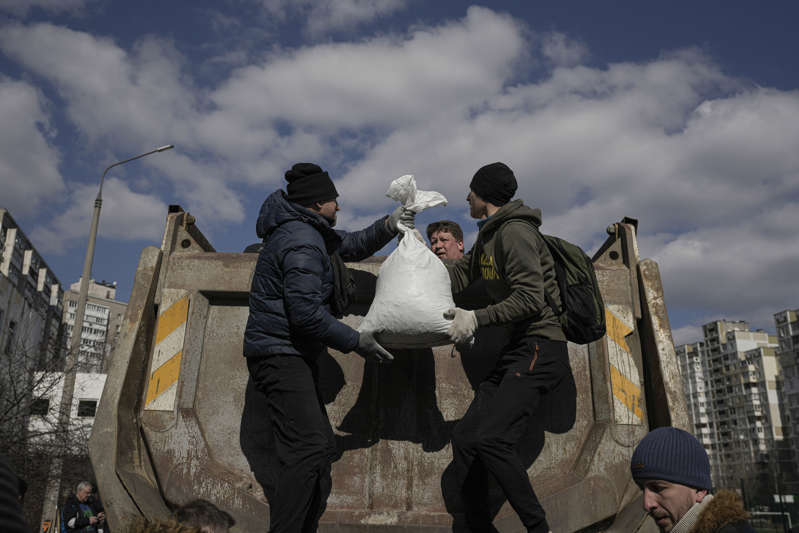 As he spoke to Tyab, another air raid siren went off. Natali shouted at the older kids to run inside and take cover while carers carefully gathered up the younger ones, guiding them down a flight of stairs into a basement classroom.

The carers played games with the kids to try to smooth their fears.

“The children don’t hear the sirens from here. They are hidden,” Nadeeya, one of the teachers, told CBS News. “We are safe here.”

The orphans may be among Ukraine’s most vulnerable, but they are deeply cared for, and even with such uncertain futures, they still manage to smile and make new friends as they hide from Russian bombs.