Moscow has warned Nato that if Sweden and Finland join the military alliance Russia would have to bolster its defences and that there could be no future commitment to a “nuclear free” Baltic. 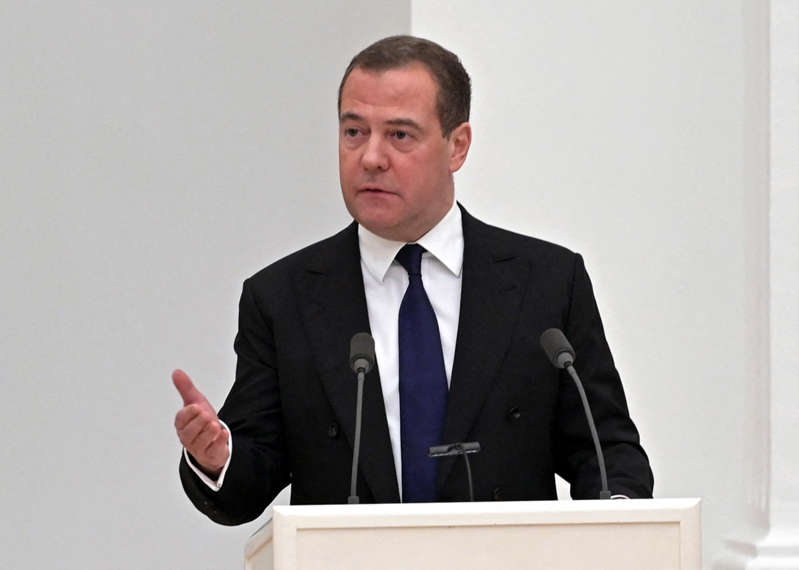 “There can be no more talk of any nuclear-free status for the Baltic, the balance must be restored,” said Dmitry Medvedev, deputy chairman of Russia’s Security Council.

“Until today, Russia has not taken such measures and was not going to,” Mr Medvedev claimed.

On Wednesday, Finland said it would take a decision about whether to apply to join the alliance within the next few weeks, while Sweden is also reviewing its security policy with conclusions expected next month.

Sanna Marin, the Finnish prime minister, said her country had to be “prepared for all kinds of actions from Russia”, adding that there was “no other way to have security guarantees” than under Nato‘s Article 5 deterrence and common defence policy, which states that an attack against one should be considered an attack against all.

“I won’t give any kind of timetable when we will make our decisions, but I think it will happen quite fast, within weeks not within months,” she said.

Finland shares a 1,300-km border with Russia, and recent video footage appeared to show Russia moving military equipment near its border with Finland in an apparent show of strength.