Deputy President William Ruto yesterday dismissed claims that he absconded his duties, adding that he will not quit him job. 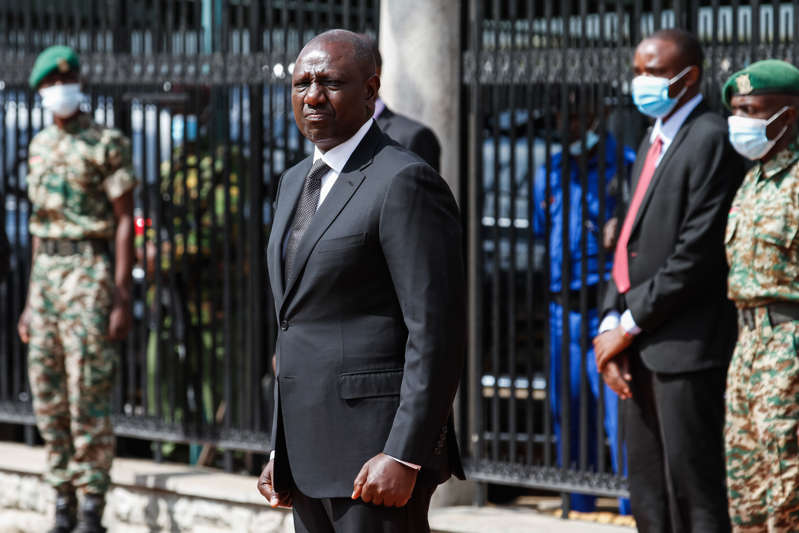 President Uhuru Kenyatta on May 1 had accused Mr Ruto of deserting his duties and asked him to resign.

Mr Ruto, however, said yesterday that he would not resign, noting that he has discharged all his responsibilities according to the constitution.

The DP asked ODM leader Raila Odinga to stop asking him to resign, since as the assistant to the President, he had performed all the duties assigned to him by the Head of State.

He blamed President Kenyatta of tainting his (Mr Ruto’s) image as his deputy in the course of campaigning for Mr Odinga.

“Fisi akitaka kula watoto wake husema wananuka kama mbuzi (When a hyena wants to eat its cubs, it claims they smell like a goat). That is what the President did to forsake me,” he said.

He took a swipe at Mr Odinga, asking him to retire from active politics noting that he had run out of ideas.

He said through his handshake with President Kenyatta, Mr Odinga scuttled the Big Four Agenda of the Jubilee administration at the expense of the Building Bridges Initiative that wasted taxpayers’ money in vain.

He further accused him of breaking up the Jubilee Party and wasting five years of President Kenyatta’s leadership without any development project.

“You are old enough to retire from politics and go home,” he told Mr Odinga. Mr Ruto said the handshake had helped Kenyans to know who Mr Odinga really is, one who does not care about the common mwananchi.

“We now know that his purported fight against corruption was merely lip-service because his lieutenants have raided Kenya Medical Supplies Authority and stole money that was meant for purchase of drugs and other medical essentials for the benefit of Kenyans,” he claimed.

“It is a lie and the government needs to apologise because every Kenyan understands that the country’s economy is doing poorly,” said Mr Mudavadi.